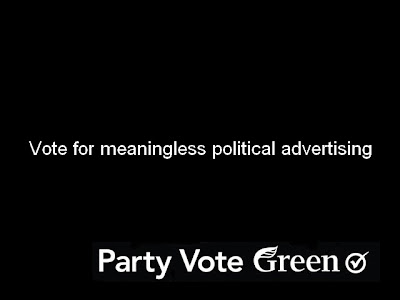 Hosts Wille Jackson and John Tamihere, one rumoured to be joining the Maori Party and the other the National Party, are not exactly Green sympathisers and give Norman a gentle grilling.

Norman, in the hour so so he was on air, underlined that he is just another free market politician - but in green drag.

He attempted to convince Jackson and Tahihere that the Green's environmental policies would make New Zealand more 'competitive' economically on the world market.

At the end of the hour Tamihere praised Norman.

'You lot used to be just loony left,' said Tamhere. 'But, hey, Russel you have made the Green's into a stable political party!'

When right wingers like John Tamihere start praising the Green's then you know this is a party that has well and truly sold out.
Posted by Steven Cowan on Friday, November 07, 2008