SPY IN THE HOUSE 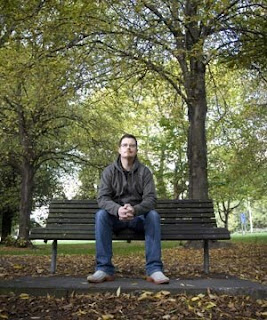 The uproar about Rob Gilchrist the police informant is a little bizarre.

The underlying theme appears to be one of indignation and incredulity: how dare Gilchrist spy on activist groups and how on earth can this be happening in little old New Zealand!

There appears to be an attitude of 'hey, we might agree to disagree, but, in the end, we're all New Zealanders!'

Green MP Keith Locke's comment that this isn't 'East Germany' was just silly. Yes this isn't East Germany where every second person was a Stasi informant and where people routinely 'disappeared', but does Locke seriously think that the state does not covertly spy on left wing organisations it is interested in?

As Bryce Edwards points out on his Liberation blog the state has always taken interest in the activities of left wing groups. Personally, I'm old enough to recall police spies being 'outed' from within the anti-Springbok tour movement, for example. And who doesn't remember the house of Dr David Small being broken into by SIS agents?

The fact is that these events are not an aberration - they indicate a routine pattern of behaviour by the state.

Anecdotally, I can recall rumours circulating about Rob Gilchrist some years ago.

Back in 2006 I was employed by Save Animals From Exploitation (SAFE) as a writer/researcher and I can recall suspicions being raised about him then on more than one occasion.

At that time some of the coordinating work for the Save Happy Valley Coalition was being conducted out of the SAFE office.

Interestingly Bryce Edwards has posted an email he received about Gilchrist in August 2005. Edwards says this email was sent to several people:

Balaclava aka Rob (otherwise known to me as pavlova), is a complete tosser. He is an anarchist who also calls himself a property developer& businessman. He is a trust fund bludger whose father was a Coca-cola executive. He stayed at the Duxton hotel (a swanky zionist-owned hotel) for months while playing protestor with his other anarchist vegan mates up here in Auckland. He is mostly CHCH& WLG based though. He also claims to have a huge knowledge re surveillance that just comes from him being loaded and having all the toys! He is ex-army though so thinks he's boot camp leader for any new activists. However, he is a mallowpuff who pissed off after 1 day cause it rained when he visited the occupation against the prison at Ngawha, Northland. What a fraud!! The friend of mine, previously of CHCH, who he credits with bringing him to anarcho politics (is that a contradiction in terms?) & animal rights, said that she didn't trust him & many people thought he was a plant/nark/cop.?? I don't think I believe that, but he does seem to ingratiate himself into animal rights & maori radical activist circles. Sorry, more irrelevant information. Also during one visit to Auckland he chose to lead 2 people away from a protest with some false excuse before the police attacked - APEC (he had the scanner& was listening to the cops). He is dodgy, not to be trusted, and of course he doesn't support freedom of speech. He's an anarchist& a pavlova. 'Balaclava' indeed - bloody tosser!!


Despite the rumours, Gilchrist continued his activities. This included, says Edwards, forwarding emails from the Workers Party on to his 'handlers'.

Edwards says that Gilchrist was never exposed because of the 'incredible naivety' on the part of the left and, yes, this is an important factor. I also can't help feeling that the left groups he got involved with, continually battling with minimal resources, also tended to disregard the rumours because Rob Gilchrist was an enthusiastic and hardworking 'activist'.
Posted by Steven Cowan on Monday, December 15, 2008