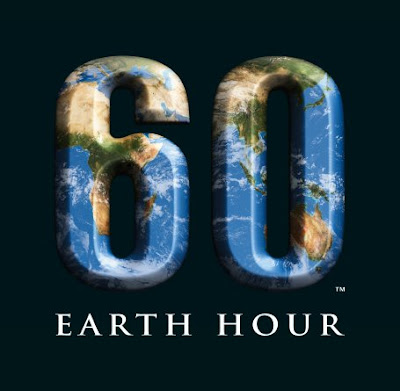 Christchurch mayor Bob Parker is always on the lookout for positive media coverage and he was back in The Press newspaper on Saturday.

This time Parker is trying to catch some positive vibe in the lead-up to next month's Earth Hour.(March 28).

Earth Hour was originally a joint project of World Wide Fund for Nature Australia, the Fairfax-owned Sydney Morning Herald and the advertising agency Leo Burnett and was launched in 2007. In the wake of the debatable "success" of the 2007 event, the organisers launched it as a global event in 2008. Christchurch was New Zealand's sole participant.

According to one of its main local Christchurch sponsors The Press, some thirty-seven New Zealand city, district and regional councils are participating this year.

They will be joining cities around the world in switching off the lights and electrical appliances for an hour, supposedly to support 'action' against climate change.

According to the politically conservative Mayor Parker: 'The bottom line for us is that we think it's good to remind ourselves that each of us can make a difference. The night is all about drawing attention to the issue that sustainability is all about each of us getting engaged.'

Parker, despite the rhetoric about 'making a difference' is actually pushing a message of disempowerment. It is completely disempowering - and condescending - to say that the best way to make a difference is to stop using electricity for an hour.

Instead of looking at the deeper political and economic reasons for our environmental problems, Earth Hour reduces real social and political activism to one of merely temporarily switching off a light switch. 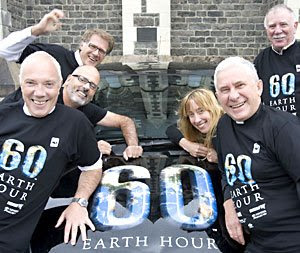 This completely depoliticises the environmental issue and it turns it into one of individual action and choice - but this fits snugly into the philosophy of the environmental lobby group coordinating Earth Hour.

The World Wide Fund for Nature (WWF), formerly the World Wildlife Fund, has long been pushing a market-friendly brand of environmentalism

Indeed it has often been more than just friendly - the WWF has been all too eager to jump into bed with the corporations - the very same corporations polluting and damaging the environment.

During its forty- eight years, the WWF has consistently promoted what can best be described as market environmentalism. Such has been its cosy relationship with corporate capitalism that it has accepted funds from the oil industry, including Chevron and ExxonMobil - both oil giants with dismal environmental records. Last year the magazine Multinational Monitor listed Chevron has one of its ten worst multinationals of 2008.

Today the WWF, thanks in no small part to extensive corporate backing, is the world's largest environmental lobby group, It is also a very wealthy lobby group.

Such is WWF's pro-corporate politics that it even came out in support of uranium mining.

In May 2006, WWF Australia became the first Australian environment group to support uranium mining in Australia. WWF CEO, Greg Bourne, told The Australian that "we have been mining uranium and exporting it for many years and we're doing more because demand is going up, whether people like it or not," he said. "The key issues are if we're going to be a nation exporting uranium, we have to know absolutely it's only being used for peaceful purposes and waste products are being stored safely."

WWF Australia has also come out in support of the coal mining industry. Lat year Australian Green senator Christine Milne accused WWF of abandoning 'any remaining pretence of being part of the mainstream environmental movement by supporting the Clean Coal campaign'.

The clean coal campaign is a mining industry PR campaign designed to sell the view that future coal use will be safe for the environment and will not have any adverse impact on people's health.

WWF Australia was financially rewarded throughout the years of the Howard Government.WWF received a five-fold funding boost from the federal government between 1996 and 2004, at the same time as government funding to almost every other environment group was slashed.

According to the WWF:

“conservation is good business, and we are gratified by the growing number of successful companies that agree. We are partnering with leading companies across all industry sectors.”

These companies include Wal-Mart, Nokia, Nike and even Coca-Cola. The WWF has also teamed up with car company Nissan to form a “partnership” in order to promote a branded environmental program in university campuses.

Corporations who sign up to WWF campaigns can use the WWF name and logo in advertising.

One such corporation is Coca-Cola.

Coca-Cola are a consistent target for political activists around the world - and for good reason. They have been exposed polluting the ground around bottling facilities in countries such as India and for causing water shortages in local communities.

In August 2007, while sipping a can of Diet Coke in front of the WWF logo, Coca-Cola CEO Neville Isdell announced a US$20 million dollar “partnership” with WWF that would aim to “replace every drop of water we use in our beverages and their production”. Part of the plan was to replenish the water. However, this replenishment wouldn’t be taking place at the sites of the water depletion, but through a series of projects taking place in other parts of the world — in other words, water offsets. This is exactly the mad logic of “green” capitalism that also applies to schemes like “carbon offsetting”.

Coca-Cola are also under attack for some of its labour practices including sacking known union members.

Don't expect to see much, if any, criticism of Earth Hour in the mainstream New Zealand media though.

Fairfax, which has extensive media interests in New Zealand including The Press and The Dominion, will be running a enthusiastic and extensive promotional campaign for Earth Hour.

The puff piece in Saturday's Press newspaper is just the start.
Posted by Steven Cowan on Monday, February 16, 2009