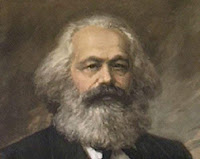 On the KiwiPolitico blog 'Pablo' asks the question 'who are the next generation of NZ left wing thinkers?' On the surface it appears to be a legitimately unbiased question but you begin to smell something fishy when you look at some of the people 'Pablo' informs us were members of the previous generation of left wing intellectuals.

They include Chris Trotter, Matt McCarten and Laila Harre. Not one of them is a Marxist. Call me old fashioned but, in my book, being a 'left wing intellectual' also means being a socialist of some kind.

I sense that someone is trying to set a political agenda that 'certain' people are not welcome to contribute to. People like me for instance.

Apparently being 'left wing' also means not being a Marxist. Which means I won't be getting an invite to 'Pablo's' party. The danger is I could be 'too left wing' and upset his guests.

Is Chris Trotter a Marxist? Of course he isn't and he doesn't claim to be one either. Anyone who has read any of the criticisms he has sent my way in the past would know that.

He isn't even anti-capitalist. I doubt that he would still be appearing on television and be writing newspaper columns if he started spouting such revolutionary views. I can imagine The Press getting a little uncomfortable if Trotter started advocating revolutionary socialism as opposed to his present mild mannered Labourism.

Similarly Matt McCarten is an old school social democrat who has remained true to his principles - and I respect him for that. Which is something I can't say about Laila Harre who has moving been rightwards for some time now.

The one exception is Bryce Edwards who lectures in political science at the University of Otago. I've known Bryce for some years and I don't think he would disagree that he comes out as the same political tradition as myself.

Certainly his politics would be closer to mine than to 'Pablo's'

'Pablo' though admits that he is not familiar with Bryce’s 'scholarly writing' so maybe Bryce too will find himself ejected from 'Pablo's' party and be forever ignored.

'Pablo' actually has little time for Marxist politics but not wanting to sound as if he is ant-Marxist he writes: 'I do not think that Stalinist or Trotskyites represent the future of NZ Left praxis, much less thought.'

To dismiss all the intellectual work that has been done by Marxist writers and activists in this country is political prejudice masquerading as legitimate comment.

Trotskyism is essentially classical Marxism. It is the Trotskyist movement that kept the socialist flame alight when the Stalinist darkness swept over much of Europe. And Trotskyists were hunted down and killed because of it.

'Pablo ' wants the Marxist left to just go away because it is a challenge to his limp liberal politics. He seems to be yet another confused and bewildered social democrat looking for a home that was long demolished by the forces of neoliberalism. Perhaps he wants to still play in the rubble along with Chris Trotter and Martyn Bradbury.

'Pablo' rambles on about neomarxism and postmarxism but it all amounts to the same thing - he rejects the Marxism of Marx, Lenin, Trotsky, Luxemburg and Gramsci.

How exactly will this benefit the 'NZ Left praxis'?

'Pablo' is Dr Paul Buchanan. He describes himself as an International relations and security analyst.
Posted by Steven Cowan on Tuesday, January 25, 2011 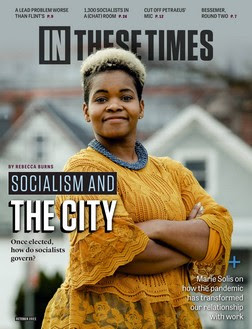