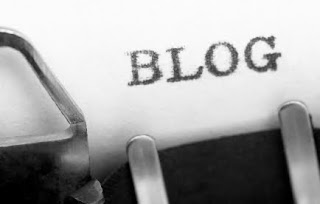 The New Zealand political blogophere is largely anti-left wing. What is paraded as 'left wing' is usually little more than a different flavour of neoliberalism.

Before I started blogging around four years ago (has it been that long?) I assumed that the local blogosphere provided a vibrant alternative to the dull conformity of a corporate media that provided a discourse purely within a neoliberal framework and where left wing concerns and ideas rarely got a look in.

I think I had this romantic vision of independent and gutsy bloggers, not chained to the demands of the capitalist media and unencumbered by anti-socialist prejudice, offering radical and thought provoking critiques of New Zealand politics and society. I imagined that I would be greeted with informed opinion and commentary that had a radical edge.

I was mostly wrong. I was mostly wrong because there are few New Zealand blogs that offer consistent left wing and socialist perspectives. I have to confess that for the kind of discourse I am interested in, I mostly have to seek out overseas blogs where Marxism and socialism aren't regarded as doggy doo to wipe off the sole of the shoe as soon as possible.

There are a few local bloggers around that are worth reading - some are included in my links in the sidebar - but the stark fact is that the New Zealand blogosphere is largely unsympathetic - and often hostile- to left wing views. Anything that steps outside the cosy neoliberal consensus is systematically written out of the political conversation and very often deliberately.

Anyone who embraces explicitly left and socialist views is variously pigeon-holed as 'extreme', 'eccentric', 'anarchist', 'Trotskyist' or even 'Marxist-Leninist' - although I doubt there are any card-carrying Stalinists left in this country. Whatever the label, the message is the same - we are political lepers who must not be engaged with. Unclean!

The local blogosphere cooperates with the corporate media to present a 'acceptable left' that is not left wing at all. The representatives of this 'fake left' pop up in the corporate media on a regular basis. Some of them get paid for these appearances. Secure in their own middle class comfort, they actually don't offer a left wing critique of the neoliberal consensus but manage to sound vaguely 'progressive'.

The fake left, not surprisingly, gravitates around the Labour Party and, like its leader, believes that the best way to 'solve' the crisis of capitalism is to construct a 'better' capitalism. Because they are hostile to anti-capitalist politics, its all they've got to offer.

The unofficial president of the Fake Left Club is the smug Russell Brown of Public Address. He was one of Helen Clark's 'media darlings' and likes to think that he is 'progressive'.

At the moment he is getting all agitated about Hone Harawira and the Mana Party. Here is a genuinely left wing party and, crucially, its opposed to neoliberalism. But the 'progressive' Brown can't abide it. It's enough to make him knock over his glass of chardonnay!

He's been trying to smear Harawira as a supporter of Osama bin Laden and, like the New Zealand Herald, has stooped to misquoting him to justify his odious claim.

He has even extended that smear to a Mana Party supporter Martyn Bradbury who is the principal contributor to the Tumeke blog.

Bradbury has responded: 'Twisting Hone's words AND mine into some sort of support for a mass murderer is the sort of shit throwing one expects from the right, but not so often from those pretending to be left.'

Bradbury may finally be waking up to the fact that people he thought were his political allies are nothing of the sort.

Another prominent member of the Fake Left Club is Chris Trotter. He is often described by the corporate media as 'New Zealand's leading left wing commentator' despite the fact that he isn't actually left wing. At best, he's a right wing social democrat.

Anyone who has read any of the interchanges I have had with Trotter will know he is hostile to socialist politics although he likes to quote from OUR texts. He quotes Marx when it suits him but is anti-Marx the rest of the time. He is dismissive of the actual, historical, socialist left.

Because he remains loyal to the Labour Party he is not sympathetic to the Mana Party. Instead of using his media position to help build Mana his reaction to it has swung from lukewarm to critical.

This would be okay (sort of) if he had something better to offer but he hasn't.

Yes, 'New Zealand's leading left wing commentator' doesn't support a genuine left wing party. Ah well, it'll keep him in The Press and on The Nation won't it? Trotter's alternative flavour of neoliberalism, via the Labour Party, is acceptable to the likes of Fairfax Media but adds exactly nothing to the development of a new left wing current in New Zealand.

For nearly three decades ordinary New Zealanders, have been victims of a vicious neoliberal offensive orchestrated by both Labour and National. A Labour-aligned trade union bureaucracy has not only not defended workers it has been an active participant in the neoliberal offensive.

After thee decades of neoliberal economic policies we are living in a country where a Government celebrates low wages as 'an incentive to international investors' and does nothing as the price of living continues to escalate. We are living in a country of mass unemployment and a shrinking welfare state and where workers have to 'prove' themselves to merely keep minimum wage jobs.

And, despite appearances to the contrary, the local political blogosphere continues to support the very neoliberal consensus that has contributed to this state of affairs - while ensuring that any genuine left wing alternative is prevented from gaining any wider currency.
Posted by Steven Cowan on Saturday, May 14, 2011