BRUCE RUSSELL IS A MORON 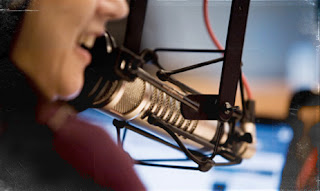 According to NewstalkZB’s own website Bruce Russell “likes to bring his sense of humour to his overnight talk show, but the serious issues are also tackled.” It also claims that Russell “is widely read, and can talk with people on just about any subject they raise…”

Well, let’s have a look how Russell performed recently. Let’s check out that vaunted “sense of humour”, see how he tackles a very serious issue, and how his “wide reading” elevates the tone of his show….

CALLER GEOFF: That lady who said Maori kids should be taken out of their homes and put into a Pakeha family was ridiculous.

BRUCE RUSSELL: It was a generalization.

CALLER: It wasn’t a generalization, it was downright backward.

RUSSELL: I don’t know why you’re upset and aggressive! The statistics show that 54 per cent of bashed kids are Maori!

Later another woman tells Russell that it’s not as simple as he says and his statistics are bogus. Such namby-pamby liberal claptrap infuriates this widely read host…

RUSSELL: See, I don’t agree with that disadvantage thing! Hopelessness is not a reason to bash your kids! Pacific Islanders don’t bash their kids. Why do I have to be careful with statistics?

MALE CALLER: It’s due to savagery, animal instinct. These people have just come out of cannibalism. It’s still in their gene pool. Samoans are a very bad violent race as well.

FEMALE CALLER: They’re violent, and they won’t work! They have loads of money! They’re lazy!

RUSSELL: Well they are just enjoying life on the dole. No responsibility. I honestly don’t believe that because your land was taken off you, that you bash your kids. See Hone Harawira is a good example. The rhetoric and the racism that comes from that joker is appalling!

CALLER: It’s these flaming left liberals, Bruce! And why the hell are the police showing bloody cultural sensitivity to Maori?

RUSSELL: I’ve got quite a few e-mails here, all about the topic under discussion tonight. The first one reads: “Culture schmulture.” Thank you Jackie. “Why do we pay these dropouts to have children?” That was another Jackie. “It’s the warrior gene”, says Richie. Hello, Diane.

CALLER DIANE: I live next door to a Maori and he is so embarrassed. He wishes he was a Fijian! What’s the pronunciation these days, Maori or Marry?

RUSSELL: I’m afraid I’m still very condemning of the sort of lifestyle of people like Macsyna King. You come to the conclusion that some people should not be allowed to have children.

MALE CALLER: They have all this Treaty money, Bruce! But they spend it all on drink and weed!

RUSSELL: You would think they would be a very wealthy society and wouldn’t need to lay around on the benefit.