THE RETURN OF THE CLOWN

In 2010 Paul Henry won my inaugural 'Media Clown of the Year' Award. Last year Sideshow Bob Parker lifted the coveted prize and he must be confident that he can retain his title after some ludicrous performances in the media this year.

But for Paul Henry, until last night, it looked like his glory days were well behind him. He's been spending his time hosting a 3-6pm show on Radio Live but it would be fair to say that his undoubted talent for buffoonery and general stupidity have been wasted on the low rating talkback station.

But last night Susan Boyle's greatest fan was a member of the panel that assessed the performances of John Key and Phil Goff in TV3's Leaders' Debate.

It was clear that Battlin' Phil Goff scored a clear points victory over Smilin' John Key. Goff had Key backpedaling for much of the fight. Key made a better fist of it in the latter rounds but by then it was just too late. This, I have to say, was a surprise victory for Goff. He's clearly benefited from some intensive media training in the gym.

And the general consensus is that Goff came out on top. Even the New Zealand Herald couldn't give the fight to Key;

'It was a clumsy debate for National leader John Key, who appeared oddly out of sorts from the beginning...The winner was Goff, for whom the media training has finally paid off. He sounded convincing and measured against Key's interruptions.' 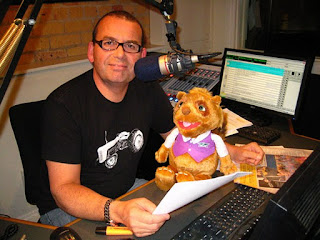 Strangely though none of TV3's panellists gave the nod to Battlin' Phil.

Political Scientist Therese Arseneau thought it was a draw as did TV3's Political Editor Duncan Garner. I suspect they had been talking with Don King during the commercial breaks.

But former National Party candidate Paul Henry gave the fight to John Key. Perhaps Henry still thought he was on TV1's Breakfast which he, almost singlehandedly, turned into the 'John Key Appreciation Show'.

Henry's verdict clearly caught host John Campbell off guard. He enquired if this opinion was a product of Henry's own political preferences rather than any objective assessment of the fight.

You know me, John,' was Henry's glib reply.

The 'whooshing' sound you heard was all of TV3's political credibility escaping from the studio. Arseneau looked flummoxed. Garner played with his pen and stared at his notepad.

But Henry didn't stop there. He declared that the sixty-odd people who were controlling 'the worm' all looked like 'greenies'. And we all know what Paul Henry thinks of' greenies 'don't we? They smell and can't be trusted.

Yes, out of nowhere, Henry is a contender for 'Media Clown of the Year.' And he has another chance to slake his claim for the big prize on Saturday because he is one of the commentators on TV3's election night show. Expect Henry to pull out all the stops...
Posted by Steven Cowan on Tuesday, November 22, 2011