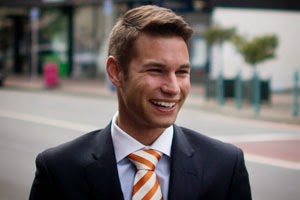 The good people of Christchurch, thanks to the Christchurch City Council,  are subsidising wealthy  central city property investors to the tune of $10 million. Meanwhile there are  over 7000 people in the city who are homeless and people are still living in garages and overcrowded conditions. There is no money to help them though.

IF WE HAD A democratic rebuild of Christchurch that put the interests of people first, then the state would have long  ago initiated  large  scale public housing projects to provide affordable  housing for everyone who needs it.

But this is Christchurch where an unresponsive  bureaucracy  has dictatorially imposed  a market model on the city.

This is a city where people have been left to the mercy of insurance companies and the Earthquake Commission. The Insurance Council's own figures have revealed  that insurers have settled barely 9000 claims out of some 22,000 claims for rebuilds and repairs worth over $100,000 -  considerably less than  half.  And  insurers have completed only 750 repair jobs on these houses.

But some  people are doing just fine - and that is wealthy  property investors. And, to add insult to injury, they've been generously favoured by the Christchurch City Council.

While there are over 7000 people classified as homeless in Christchurch, the wealthy are eagerly buying up upmarket apartments in the central city  to add to their property portfolios.

The Press (22 March) reports that: 'New apartments costing more than $1 million are being snapped up on the western side of Christchurch's central city...'

The newspaper reports that in one  apartment complex,  eight of the twelve apartments  have already been sold. Meanwhile most of the upmarket townhouses in one central city street were sold  before their completion date. They sold for some  $1.15 million each.

What The Press neglects to say though is that these wealthy property  investors  have received a  generous helping hand from the Christchurch City Council.

In June last year the Bob Parker-led  council voted  to give property developers no less than a  100 per cent rebate on the contributions that apply to central city residential developments. Only one councillor at the time , Tim Carter, voted against the proposal.

The council  decided that it was a great idea to allocate $10 million worth of incentives for the building of swanky central city apartments and townhouses. I wrote at the time:

In effect, the good people of Christchurch - including those who are still living in damaged houses and garages in the eastern suburbs-  will be subsidising  property  developers  and helping them to maintain their healthy profit margins as they flog off high-end properties to other wealthy investors, who will be the only people  who'll be able to afford these central city residences.

Who came up with this welfare scheme for the already wealthy?  It was none other than Councillor  Jamie Gough, although I suspect he had 'help' from elsewhere. He insisted  that  developers needed a 'financial incentive' to build new residential units rather than offices in the central city as it was otherwise 'uneconomic' - in other words,  their profit margins would be insufficient.

This was the same  Jamie Gough who voted against a  proposal  to allocate  $50 million toward a low cost housing project.  While more than  happy to help out his  property developer mates Gough suddenly couldn't countenance spending money on a housing project for people on low incomes  because it would place  'an extra economic burden on the people of Christchurch.' This is the same Jamie Gough who The Press last year  described as 'seeing the big picture'.

But it should be added his proposal was supported by Labour-aligned councillors like Yani Johanson and Glen Livingstone.

Jamie Gough  is the son of property developer Tracy Gough.

Christchurch Budget Service chairman Don Johnson is quoted in The Press  as saying that people,    especially those on a low incomes, do not think of the central city as somewhere viable or affordable to live yet.

Of course they don't - and they never will.

The central city will become the preserve of the wealthy with people on lower incomes consigned to the neglected and forgotten eastern suburbs.

The 'gentrification' of central Christchurch is underway. The city will be built more to the liking of business interests and the rich and powerful.

As I've said before, only a powerful, unified, and organized political opposition contesting for power could hope to lead an altogether different urban renewal. Such an opposition is obviously absent.
Posted by Steven Cowan on Saturday, March 22, 2014