"SYRIZA MUST BE TRULY RADICAL"

For Syriza to avoid collapse or total surrender, it must be truly radical. That's the view of economics professor and Greek MP Costa Lapavistas. 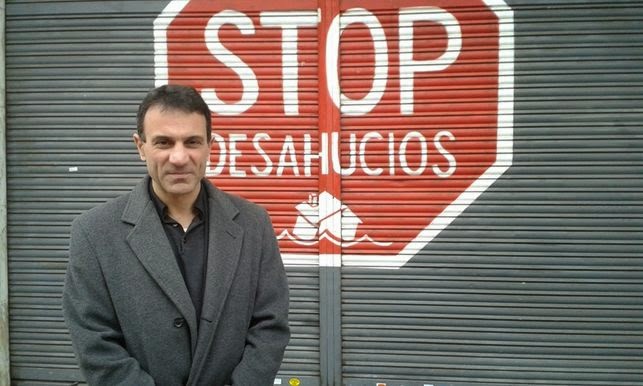 WHICHEVER WAY YOU SLICE IT, the Syriza leadership has gone back on its election commitment to the Greek people to reverse the five long years of hash austerity policies that have plunged them into poverty and despair. Confronted by a savage counter offensive from its international creditors, led by Germany, Prime Minister Alexis Tsipras and Finance Minister Yanis Varoufakis blinked first and retreated.

But this is the opening battle which will now be conducted within Syriza itself. Neither Tsipras or Varoufakis can count on the support of a party that expected - and demands - more from them.

For Alexis Tspiras to claim that 'austerity has been left behind' was simply rIdiculous. Perhaps it was designed for public consumption because it convinced no one in Syriza.

Left Platform, the umbrella network for the socialist groups within Syriza, has strongly condemned the deal.

Left Platform says that Tsipras and Varoufakis have trapped the country within the constraints of neoliberal policies that Syriza had promised to overthrow. It warns that the deal has the potential to weaken Syriza's support within the Greek working class - which was responsible for propelling it to an historic election victory. And lurking in the background is the threat of an upsurge of support for the neo-fascist Golden Dawn.

It also has the potential to derail the growing momentum of the European left.

Costa Lapavistas is a prominent spokesperson for the Left Platform and a sharp critic of Varoufakis. A professor of economics, he has long favoured Greece abandoning the Euro.

Unlike Varoufakis, who seems to think it is his job to help 'stabilise' European capitalism, Lapavistas says that Syriza must offer a socialist alternative to capitalism.

In a blog post he wrote in 2013 he criticises the left for having 'no self-belief, no burning desire to change the world' and that it 'needs to demonstrate in practice that the ascendancy of neoliberalism is not inevitable. For that, however, it must offer a realistic anti-capitalist programme that takes steps in the direction of socialism."

Lapavistas is politically consistent. In a new article for The Guardian he writes that the Greek people cannot afford the conservatism of Tsipras and Varoufakis:

The most vital step is to realise that the strategy of hoping to achieve radical change within the institutional framework of the common currency has come to an end. The strategy has given us electoral success by promising to release the Greek people from austerity without having to endure a major falling-out with the eurozone. Unfortunately, events have shown beyond doubt that this is impossible, and it is time that we acknowledged reality.

For Syriza to avoid collapse or total surrender, we must be truly radical. Our strength lies exclusively in the tremendous popular support we still enjoy. The government should rapidly implement measures relieving working people from the tremendous pressures of the last few years: forbid house foreclosures, write off domestic debt, reconnect families to the electricity network, raise the minimum wage, stop privatisations. This is the programme we were elected on. Fiscal targets and monitoring by the “institutions” should take a back seat in our calculations, if we are to maintain our popular support.
Posted by Steven Cowan on Wednesday, March 04, 2015