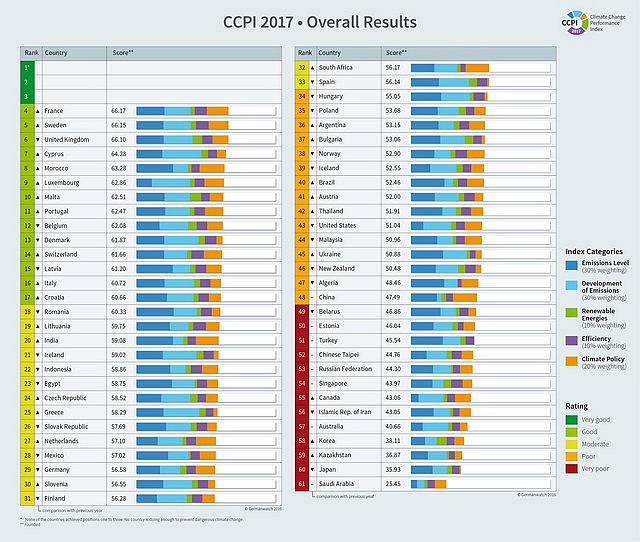 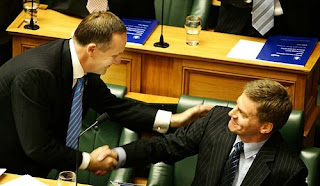 The corporate media have praised John Key's 'successful' management of the New Zealand economy while, at the same time, ignoring his government's dismal record on climate change.

The most recent evidence for that failure has been the publication of the annual Climate Change Performance Index which evaluates and compares the climate protection performance of 58 countries, including New Zealand. These 58 countries are responsible for 90 percent of the world's energy-related CO2 emissions.

The index is published by Germanwatch and Climate Action Network (Europe).

New Zealand languishes at a lowly 46th on the table. Its performance on climate change is categorised as 'poor'. The performance of the world’s two largest polluters, USA (43) and China (48), is also rated poor’ in the CCPI.

However none of the mainstream commentary on Key's 'legacy' has referred to climate change. Indeed the common consensus emerging among the corporate media is that John Key managed a relatively successful and stable economy

According  to ASB chief economist Nick Tuffley 'the economy is in good shape' while Kirk Hope, CEO of Business NZ, praised John Key for an economy that is 'providing strong growth'.

Meanwhile Chris Trotter, a mainstream commentator who likes to describe himself as 'left leaning' , has insisted that John Key has oversaw an economy that is 'the envy of the OECD.' This is the same Chris Trotter who last year declared that Finance Minister Bill English - and aspiring Prime Minister - was his 'politician of the year'.