Two young women have found themselves the target of abuse from supporters of the Israeli government. They have been portrayed in the Israeli media as being instrumental in convincing Lorde to cancel her scheduled concert in Tel Aviv next year.

ON DECEMBER 21 the Spin Off website published an article by Justine Sachs and Nadia Abu-Shanab, that urged singer Lorde to cancel her scheduled concert in Tel Aviv next year. They commented:

"Since 1967, Israel has militarily occupied Palestinian land in the West Bank, East Jerusalem, and the Gaza strip. The occupation is considered an affront to international law and Israeli settlements in the area explicitly violate the Geneva Convention. The military occupation of Palestinian territories has resulted in an apartheid state. Palestinians living in the occupied territories do not enjoy the same rights Israeli citizens enjoy, they are denied freedom of movement and often basic services and necessities."

They went on to say: "In this context, a performance in Israel sends the wrong message. Playing in Tel Aviv will be seen as giving support to the policies of the Israeli government, even if you make no comment on the political situation."

Lorde responded to the article, saying she was "considering all options". 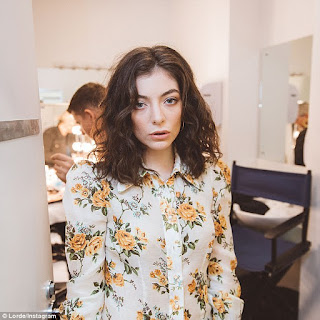 Lorde has since cancelled the concert, admitting she had made a mistake approving it. While the singer  appears to have escaped criticism from supporters of the Israeli government not so the writers of the article.

In the Israeli media, Justine and Nadia  have been described as being instrumental in making Lorde change her mind and Justine says has been  on the receiving end of some extreme attacks in the social media.

Yesterday she tweeted: "I think I'm going to have go disable my social media because the threats from zionists has been so frequent, intense and violent. I'm not frightened or scared it shows how hysterical, frankly delusional and reactionary they are."

Justine Sachs is Jewish and founded Dayenu: New Zealand Jews Against Occupation in 2015. She is a graduate student at Auckland University and a socialist. Earlier this year she co-authored an article 'What Do Young Voters Want?' which was critical of the Labour Party's right wing politics and its failure "to acknowledge that capitalism has failed to provide a decent standard of living for young New Zealanders."

Nadia Abu-Shanad is a Palestinian activist based in Wellington. She is a teacher and a unionist.