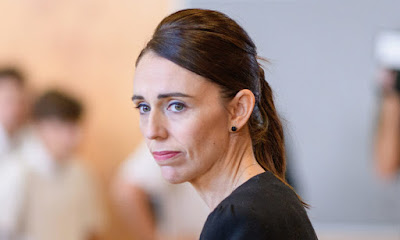 Jacinda Ardern this week backed the continuance of sanctions against the small number of beneficiaries who fail drug tests, even though she spoke out against such tests when in opposition. It's another nail in the coffin of Ardern's credentials as a so-called 'progressive' politician.

THE NEWS THAT TWO THIRDS OF beneficiaries who fail drug tests are still having their benefits cut contradicts the Labour-led Government's claim it is removing the sanctions regime at Work and Income. Despite the fact that there were only 114 failed tests, Jacinda Ardern backed the continuance of sanctions commenting, 'we need to make sure that if someone is not able to get into work because they've failed a drug test that we're able to encourage them'. Just close your eyes and you can easily imagine Paula Bennett saying something similar.

So when did 'encouragement' mean wielding the big stick? The dictionary defines 'encouragement' as 'the action of giving someone support, confidence, or hope.' But under the sanctions regime job seekers' can have their benefit cut by 50 per cent for four weeks, then stopped altogether if there are further infringements. There's no consideration of the financial desperation and despair that this is likely to cause for the victims of Ardern's 'encouragement'. There's not much 'support' or 'hope' happening here.

But Ardern was singing a different tune when she was in opposition. In 2013 she had a more accurate interpretation of what 'encouragement' meant when she declared that sanctioning those who failed drug tests would severely reduce their chances of rehabilitation. She also questioned the validity of the drug tests themselves, questioning whether such a 'blunt instrument' would be able to differentiate "between recreational substance use and problematic substance use."

Its not surprising than that Ardern has been on a receiving end of a angry backlash in the social media this week. Auckland Action Against Poverty spokesperson Ricardo Menendez expressed the views of many when he described her as a 'hypocrite'.

This whole affair has been yet another nail in the coffin of Jacinda Ardern's credentials as a so-called 'progressive' politician. Her profile might of been boosted in the international media in the aftermath of the Christchurch terrorist attack, but she's failed to deliver the goods in her own country and another feature in the Women's Weekly is not going to stem the rising tide of discontent.

During her election campaign she raised expectations that any government she led would be different. She talked of tackling poverty and climate change. She even talked about the 'failure of capitalism'. Those who were prepared to ignore her track record as a routinely centrist politician took this to mean that three decades plus of neoliberalism was drawing to an end. The editor of The Daily Blog, Martyn Bradbury, wrote excitedly that “everything has changed for this election.” 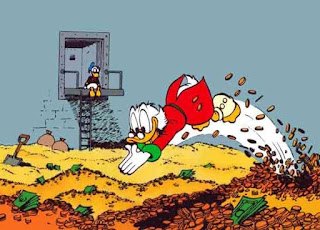 Of course this couldn't of been further from the truth.

Under this Labour-led government the rich have got richer with their total wealth, according to the NBR Rich List, jumping a massive $90 billion over the past year - a new record. Strangely, Finance Minister Grant Robertson hasn't stood up in Parliament to boast of this achievement.

But at the other end of the economic spectrum, the food banks care barely cope with the demand on their services. But Jacinda Ardern, she of the 'well being budget', has ruled out increasing core benefits. This was the recommendation of her own welfare working group. She can't claim that her government can't afford it. Her government is sitting on a $7 billion surplus. Grant Robertson is like Scrooge McDuck swimming in a big pile of cash and gold in his bank vault.

Beyond the election slogan of 'Let's do this!', I guess it must of been in the small print of Ardern's election material that she would lead a government that would continue the austerity polices of the previous government.

Of course Jacinda Ardern has had a lot of help in parading as a progressive. Of her election campaign I wrote in May last year:

" A thousand tweets and a thousand Facebook posts boosted her as a left wing saviour, even though a pedestrian track record as a career politician revealed a conspicuous lack of evidence for such a big claim. Those of us who warned of the dangers were summarily dismissed as party poopers, who needed to 'get with the program'.

Nevertheless the term 'Jacindamania' came into being..."

The dictionary tells me that a 'mania' is an 'an excessive enthusiasm or desire; an obsession.' But there is also another definition. The dictionary also describes 'mania' as a 'mental illness marked by periods of great excitement or euphoria, delusions, and overactivity.' Its hard not to agree  with the view that those responsible for 'Jacindamania' were suffering from 'delusions' and 'overactivity'. We should remember this when those very same people responsible for Jacindamania begin to crank up the campaign to get her re-elected in 2020. They need help.