A CONVERSATION WITH MEGHAN MURPHY 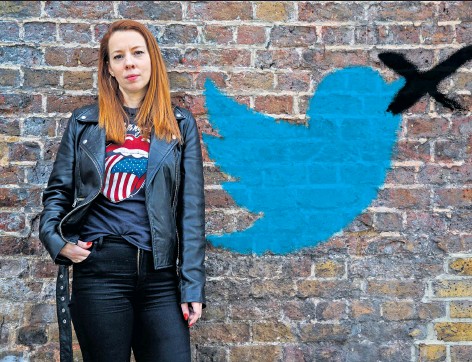 High profile Canadian feminist and journalist Meghan Murphy is described as 'right wing' and 'reactionary' by her political opponents, but she describes herself as a socialist feminist. She will be speaking in New Zealand in November.

IT WILL BE regarded as something of a coup by many women that high profile Canadian feminist and journalist Meghan Murphy has accepted an invitation from Speak Up for Women to speak in New Zealand.

But her views on transgender rights will mean that her visit will be viewed negatively by some. Murphy can probably expect to be attacked in much the same way that NZ Herald columnist Rachel Stewart and Green Party member Jill Abigail have experienced in recent times.

The irony of being labelled 'right wing ' and 'reactionary' by her political opponents is not lost on Murphy. She is to the left of most of her critics and describes herself as a 'socialist feminist' and 'a fighting member of the working class'.  She writes:

“My father was a Marxist who was active in the labour movement, campaigned for Canada’s left-wing New Democratic Party, and educated me about the harms of capitalism. Throughout my teen years and young adulthood, I never questioned which side I was on. To this day, I remain steadfast in my belief that everyone deserves access to affordable housing, free health care, and advanced education. I believe that poverty is unacceptable and that wealth is unethical. I believe racism and sexism are embedded within our society. '

Megan Murphy denies that she is 'transphobic' and says that she just wants to ensure ' the safety of women in places like female prisons, women's refuges, and changing rooms.'

She told the BBC recently:

Murphy's comments about 'men not being women' got her permanently banned from Twitter in November last year. Murphy appealed the ban in court but lost the case.

“Twitter is letting men off the hook,” she says. “They allow all sorts of hateful speech against women, yet when women speak the truth about male violence for instance, they are banned. The threats, the smears, the libels... it’s insane, but to Twitter it’s all OK. But ask a question about biology and you’re banned.”

A Conversation with Meghan Murphy happens at Studio One Toi Tu in Auckland on November 18 and theMassey University Theatrette 10A02, 21 Buckle St, Wellington  on November 20. Tickets can be booked through EventBrite. Meghan will be joined by Ani O'Brien, spokesperson for Speak Up for Women,  Dr Holly Lawford-Smith and Dr Melissa Derby. 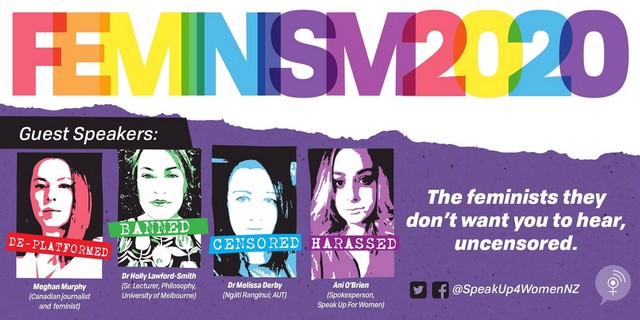