Home » climate change » naomi klein » THE FIGHT OF OUR LIVES

THE FIGHT OF OUR LIVES 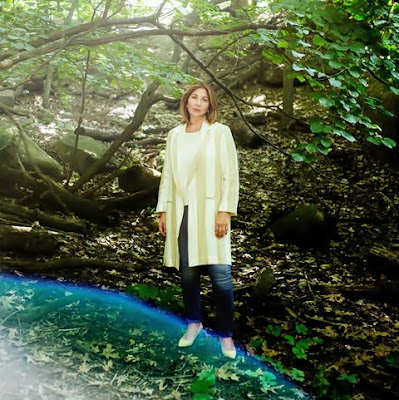 Naomi Klein says that responding to climate change means breaking every rule in the free market playbook. Her new book is On Fire: The (Burning) Case for a Green New Deal.

ON FIRE : THE (BURNING) CASE FOR A GREEN NEW DEAL is not so much a new book but a collection of some of Naomi Klein's most important articles and speeches written over the past decade. The new stuff comes in the form of a fifty page foreword which is worth the price of admission alone. It is nothing less than a call for revolution.

Klein says that we can still avert a climate catastrophe but that the clock is ticking. I've been reading Naomi Klein's work for years and, undeniably, her patience with the representatives of the status quo has run out. When she was once prepared to be conciliatory toward the views of liberals and centrists in order to make progress, these days she has no time for those who continue to argue, like our Climate Change Minister James Shaw, that some market-based tinkering is all that is required to avert disaster. These fantasies of a corporate-based environmentalism are, says Klein, as dangerous as those who deny climate change altogether.

In the chapter titled 'When Science Says that Political Revolution is Our Only Hope', she writes that our current economic paradigm is a threat to ecological stability, prioritising gross domestic products (GDP) growth above all else. It disregards human or ecological consequences.'

Capitalism, says Klein, is simply incompatible with a liveable human future. In other words 'business as usual' is no longer an option. She writes:

'I feel confident in saying that a climate-disrupted future is a bleak and an austere future, one capable of turning all our material possessions into rubble or ash with terrifying speed. We can pretend that extending the status quo into the future, unchanged, is one of the options available to us. But that is a fantasy. Change is coming one way or another. Our choice is whether we try to shape that change to the maximum benefit of all or wait passively as the forces of climate disaster, scarcity, and fear of the “other” fundamentally reshape us.' 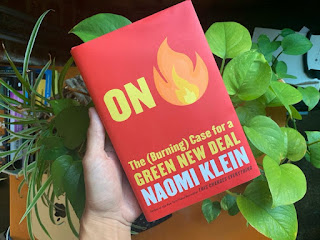 “Responding to climate change,” she argues, “requires that we break every rule in the free-market playbook and that we do so with great urgency.”

Fortunately there are alternative paths to take. The Green New Deal recognises that its either system change or climate change. While the GND may have echoes in President Eisenhower's Keynesian-inspired economic New Deal of the 1930s, it draws its inspiration and vision from within the ranks of the ecosocialist movement. Popularised by people like Alexandria Ocasio-Cortez,it conceives of a world that has overcome our present economic system and charts out a path to get there. Observes Klein:

'I have always had a sense of tremendous sense or urgency about the need to shift to a dramatically more humane economic model. But there is a different quality to that urgency now because it just so happens that we are all alive at the very last possible moment when changing course can mean saving lives on a truly unimaginable scale.'

On Fire: The (Burning) Case for a Green New Deal reminds us that we are in a fight for our very lives. The future of the planet is at stake.

On Fire: The (Burning) Case for a Green New Deal is published by Simon and Schuster.