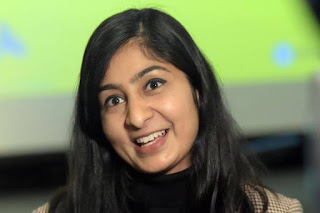 THE INTERNATIONAL LEFT was shaken by the defeat of Jeremy Corbyn and the UK Labour Party in December's general election. But a new Labour MP from Coventry South, Zarah Sultana, made it known that while Labour might have lost that particular battle, there is still a world to win.

Maiden speeches in the House of Commons are normally routine and tame affairs with a tribute paid to the MP's predecessor. Zarah Sultana said that she could not follow tradition because of the 'diminishing opportunities' faced by her generation.

The 26 year old MP launched a wide ranging attack on capitalism and neoliberalism, condemning what Britain had become under 'forty years of Thatcherism'. The criticism of what Labour also became under Tony Blair was apparent to all.

It was a great and passionate speech made to a near empty Parliament. Its early days but, in Zarah Sultana, UK Labour may of well found its own Alexandria Ocasio Cortez.