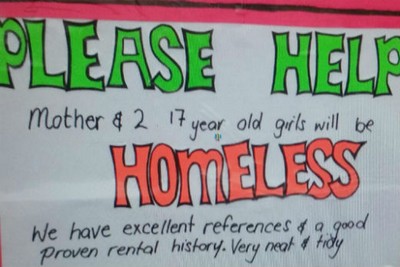 The disjuncture between what is good for profits and what is good for people has starkly between on display in the debate surrounding the housing crisis. While the property owning class have been coining it, many people are struggling with exorbitant rents and thousands of people are living in motels, cars and garages. When a new approach to housing is sorely needed, the Labour Government's response is to merely tweak a housing market that has failed to deliver for an increasing number of people.

IT WOULD BE fair to say that the United Nations Observer on Housing was appalled by what she saw during her two week visit to  New Zealand in February last year. Leila Farha made her opinions known at the end of her two week stay. In her final report she commented:

'When one in every hundred people is homeless, half of whom are under 25 years; when thousands are living in vehicles or housed in motels provided by the State; when houses are in such disrepair that they cause otherwise preventable illness and disease; and when middle income earners are finding it difficult to afford an accessible and decent home, the result is not just a housing crisis, it is a human rights crisis of significant proportions. These conditions indicate not only violations of the right to housing, but also of the right to health, security and life.'

She advised that it would take 'courage and new ideas' to address the housing crisis, but what the Labour Government announced yesterday wasn't anything close to what she had in mind. Betraying once again its political conservatism and timidity, the Labour Government continues to fiddle while the housing market burns up in a conflagration of rocketing house prices and soaring rents. The fire ain't going to be put out by Jacinda and Grant's little plastic water pistol.

In this case the little plastic water pistol is increasing the 'brightline' test for tax liability and removing the ability of landlords to offset interest against rental income. All this will do is encourage landlords to shift their extra costs on to already struggling tenants.

On the supply side, the Labour Government is throwing $3.8  at infrastructure costs to help open new land for housing. But its not going to have a significant impact on the number of  houses being built and the new houses, once built, won't be any cheaper. What has been totally ignored by the Government is that it is the speculative activities of 'the market' that have caused housing to become unaffordable in the first place.

Yesterday Jacinda Ardern steadfastly refused to say whether she wanted to see house prices fall, but she has already made her view known. In December she said she wanted to see 'small increases' in already skyrocketing prices. As commentator Bernard Hickey has observed, this Labour Government isn't receptive to the prospect of falling house prices because it fears losing the political support of the property owning class. Labour is prepared to sacrifice the interests of the working class and the poor on the altar of 'the market'.

The Government - and a small battalion of mainstream economists and Labour apologists - are fond of saying that there is 'no quick fix' to the housing crisis.Yet they continue to promote and defend  market-led policies that will ensure there is no 'fix', ever.

Leila Farha commented : 'At the root of the crisis is a speculative housing market that has been supported by successive governments who have promoted homeownership as an investment, while until recently discontinuing the provision of social housing and providing inadequate tenant protection.'

There are alternatives out there but they will remain merely ideas and proposals discussed in research papers, blog posts and podcasts unless they become the ideas and proposals of a political party or movement that can intervene decisively in our national affairs. If we allow the debate on housing to be controlled by the market led political parties  that presently dominate Parliament any political momentum will continue to be stalled. 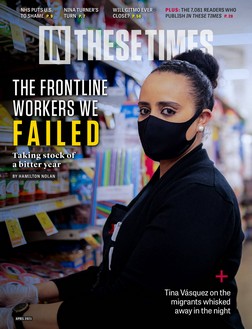