MARKET MADNESS AND NON SOLUTIONS TO THE HOUSING CRISIS 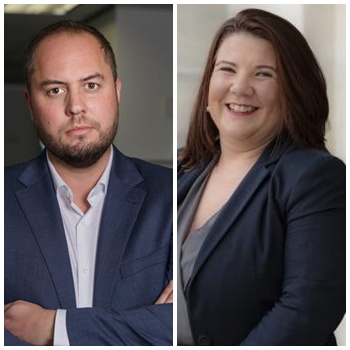 Missing in the current mainstream debate about the housing crisis are any proposals for non-market housing solutions. On RNZ, host Katherine Ryan and pundits Neale Jones and Brigitte Morten have been busy perpetuating the dominance of establishment ideas.

THE MAINSTREAM debate this past week  over the Labour Government's 'plan' to fight the housing crisis might have been entirely predictable but, nevertheless, it still has been entirely frustrating. Politicians and media pundits alike have been united in their view that any plan to fight this deepening crisis and provide more affordable housing must be market-led. In a nutshell the plan is to make it supposedly easier for private investors and developers to build more houses and, in the meantime, the Government will try to take some heat out of a housing market that has already gone nuclear. This is a plan doomed to fail.

Nevertheless, on RNZ this morning regular commentators Neale Jones and Brigitte Morten traversed this familiar territory and with the same familiar dreary results. Former union official and present Labour Party member Neale Jones defended the Government's decision to cut landlords off at the pass by increasing the 'brightline' test for tax liability and prevent them from offsetting interest against rental income. Morten, a former ministerial advisor in the previous National Government, opposed the new policies.

Neale Jones has been a determined supporter of Labour's neoliberal policies stretching back many years. Despite his right wing politics, RNZ insists in hauling him into the studio to provide supposedly counterbalancing 'left wing' views to the more conservative views of Morten. However the labels 'left' and 'right' are hardly applicable because they are both supporters of the two major parliamentary parties that both espouse neoliberal policies. Neither Jones or Morten or ever going to challenge the primacy of 'the market'. These days Labour is so non threatening to the political and economic status quo that many National supporters flocked to Labour at the last election. The convergence of the two major parties is complete.

It was up to Katherine Ryan, the host, to introduce some alternative ideas on housing into the market-led talkfest. She didn't. Given RNZ's political timidity these days, this wasn't surprising either. Instead she wailed about the seeming intractability of the crisis and the seeming inability of any Government to do anything about it. We deserve a lot better than this from RNZ - a network, I'm afraid, that has seen better days.

What is obvious, except to parliamentary politicians and their cheerleaders like Neale Jones and Brigitte Morten, is that the market-led housing market has completely failed working people. What Jones and Morten (and Ryan) chose to ignore is that it is not profitable for the market to build housing that is affordable for the greater portion of the demand that exists - the growing ranks of the poor and near poor. The present restricted and suffocating nature of the discussion ignores that the Labour Government's strategy is dependent upon private developers whose main interest is to extract as much profit as possible out of the housing market – not to benevolently build affordable housing.

Solving this housing crisis will mean the large scale intervention of the state which, of course, cuts across the neoliberal 'consensus'. Of course the property speculators and their supporters in Parliament won't give up on their profits  without a fight. Any solution will only be possible when a movement demands a non-market answer to the housing crisis, including a massive public works program to build high-quality public housing. Lets hear Katherine Ryan and her two Monday morning pundits talk about this - but I'm not holding my breath.