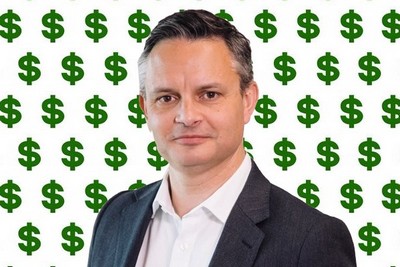 EVER SINCE LABOUR came to power in 2017 Climate Change Minister James Shaw has defended the Government's climate change policies, often describing the progress that he claims is being made. He has even assured us that he is confident that the country is on track to achieve carbon neutrality by 2050 - even though he has been constantly told by scientists, activists and others this will still be about twenty years too late.

But Shaw's comments have often been made with political considerations in mind and his rosy optimism was never based on anything approaching cold hard reality. But with the 2020 election now out of the way and with Labour still the government and Shaw still its Climate Change Minister, he doesn't seem quite so compelled to 'gild the lily' as far as climate change is concerned. The familiar Shaw corporate-friendly spin is still present but not in the volume that he has  previously produced.

So he acknowledged to the recent School Strike for Climate that the Government wasn't doing enough to fight climate change. And last week he told John Campbell on TVNZ's Breakfast that the Government had failed to meet the expectations of Prime Minister Jacinda Ardern's 2017 election campaign speech when she described climate change as 'this generation's nuclear free moment'.

But Shaw could also hardly say anything else because the latest annual reporting on greenhouse emissions has revealed that New Zealand's carbon emissions actually increased by two percent between 2018 and 2019. In January the first report of the Climate Change Commission said that the Government was not doing enough to fight climate change and that it needed to further reduce emissions to meet its obligations under the Paris Agreement.

All this comes at a time when the Earth's atmosphere is on the brink of record CO2 concentrations.

As of February this year CO2 concentration was recorded at 416.75ppm (parts per million), a rise of 2.31 ppm from the same time last year. A decade ago the number stood at 392ppm.Other greenhouse gases, such as methane and nitrous oxide, are also at peak concentrations.

The implications for life on the planet are dire. The consequences of global warming have been explained many times before by both the scientific community and by prominent activists like Naomi Klein, Bill McKibben and Greta Thunberg so I'm not going to repeat any of those warnings here. The bottom line is that governments around the world, including our own, are doing nothing like what is urgently and desperately required to deal with the climate crisis. They continue to fiddle and continue to appease corporate interests while the planet continues to burn.

At the School Strike for Climate demonstrations held a fortnight or so ago, some of the young people were carrying placards calling for 'system change not climate change'. Unlike Prime Minister Jacinda Ardern and Climate Change Minister James Shaw, they recognise that it is our very economic system that is propelling our planet over the cliff and radical action is needed to prevent us all falling into the abyss. But this Labour Government continues to behave as if some mere policy adjustments will be enough to stave off disaster while the Green Party continues to fantasise about a 'green capitalism'.

It should no longer be a matter of ideological debate that we need system change. Indeed scientists continue to warn us that we cannot hope to survive as a species within the present economic parameters. In a paper published last year seventeen prominent scientists warned that 'the scale of threats to the biosphere and all its life forms - including humanity - is in fact so great that it is difficult to grasp for even well-informed experts'. They too advocate 'system change not climate change' :

'The gravity of the situation requires fundamental changes in global capitalism, education, and equality, which includes inter alia the abolition of perpetual economic growth, properly pricing externalities, a rapid exit from fossil-fuel use, strict regulation of markets and property acquisition, reigning in corporate lobbying and the empowerment of women.'

Yet even while the ceaseless growth and consumption of capitalism is destroying the planet and threatens our very survival as a species, James Shaw still stands up in Parliament and blames 'people' - you and me - for our predicament and not the rapacious economic system he continues to defend.