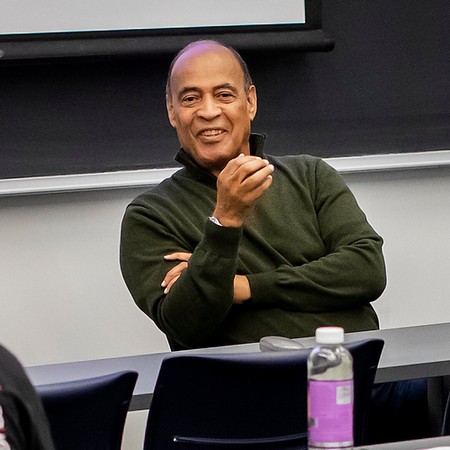 According to Professor Adolph Reed lasting victories are achieved when working class people of all races fight shoulder to shoulder for their rights. That's an unpopular view in the United States right now - and in New Zealand - where a liberal left has succumbed to a identity politics that wants to sideline a class based and anti-capitalist politics for a race-based politics that seeks only to make improvements within the present system.

LAST MAY the New York section of the Democratic Socialists of America (DSA)  invited Professor Adolph Reed to speak at one of their meetings. On paper at least, this should not have presented a problem. A former Professor of Political Science at Yale University and now a professor emeritus at the University of Pennsylvania, Reed is one of America's foremost Marxists. He campaigned for Bernie Sanders in his bid to become the Democratic Party's presidential candidate and has supported efforts to push the Democratic Party to the left. He is a longtime supporter of congresswoman Alexandria Ocasio-Cortez whose own politics was forged within the New York section of the DSA.

However some members of the DSA  were unhappy that Reed was planning to argue that it was mistake to focus on the disproportionate impact of coronavirus on the black population. Reed was of the view that a focus on race sidelined any political action on much more fundamental class inequalities, provoked division within the working class itself and undermined efforts to address such issues as growing poverty and social deprivation.

But a group within the DSA, the 'Afrosocialists and Socialists of Colour Caucus' argued that Reed's subject matter only confirmed that he was 'reactionary, class reductionist and, at best, tone deaf'. While other DSA members argued the DSA was in danger of succumbing to oppressive identity politics, the event was cancelled.

'God have mercy, Adolph is the greatest democratic theorist of his generation,' responded fellow socialist Cornel West and a Harvard professor of philosophy. 'He has taken some very unpopular stands on identity politics, but he has a track record of a half-century. If you give up discussion, your movement moves towards narrowness.'

The affair came to the attention of both the national and international media when the New York Times published an article on the controversy, observing that it was 'a striking moment as perhaps the nation's most powerful Socialist organisation rejected a Black Marxist professor's talk because of his views on race.'

The cancellation of Professor Reed's talk highlighted the growing influence of identity politics on the American left where, at least in some sections of it, a race-based politics has replaced one based on economic class. Suddenly racism is said to the primary problem in the United States rather than it being the symptom of a system that oppresses all working class and poor people.

Its a view that we're not unfamiliar with in New Zealand where conservative and anti-socialist politicians like Labour minister Willie Jackson and Green co-leader Marama Davidson decry the economic and political status of Maori but, at the same time, continue to pledge their support to an economic system that enriches the one percent at the expense of everybody else. Its a politics where politicians like Davidson or her fellow Green co-leader James Shaw are more than keen to talk about 'colonialism' but capitalism gets a free pass from criticism. Its got to the stage where a politician like Shaw derides 'Pakeha farmers' implying that 'white privilege' is at work.

Adolph Reed is dismissive of this brand of politics, currently in vogue among New Zealand's liberal chattering class and which appears to have completely overwhelmed media organisations like RNZ, TVNZ and Stuff: 'Combating racism becomes a convenient alternative to attacking inequality, even those inequalities that manifest themselves as racial disparities. Because the struggle against racism is exactly parallel to the struggle against terrorism...it can go on forever, because the enemy is an abstraction that you can define however you want to define it, at the moment you wanted to find it.'

Reed says that the most powerful progressive movements are always born in the struggle for universal rights and freedoms. Focusing on race only goes to put obstacles in front of efforts to form such movements and the left ends up being pushed down the road of 'culture wars'  rather than keeping its focus on issues of fundamental economic change. In the end, as Reed observes, the liberal left uses race as convenient way of avoiding talking about economic issues like wealth redistribution.

'Racism becomes the sole explanation for making sense of any inequality or seemingly inappropriate or unjustifiable inequality that involves black people or other non whites in any way. And what recedes from view are essential problems like economic inequality, housing inequality and so on.'

'But the thing is always: how do we try to build the solidarities that we need to have, to change the society in the ways that make it better for everybody who lives in it, except Bezos and those people? The practice of this performative race-first politics is completely disconnected from any sort of pragmatic questions like that. It's not only disconnected from such questions, it tends to be so essentially antagonistic to any pursuit of such questions. '

In the end, as Marx himself demonstrated, emanicipation within a capitalist society cannot be achieved unless it takes the form of class struggle, which is a form of struggle that incorporates people of every identity.