GRETA THUNBERG : JACINDA ARDERN IS NO LEADER ON CLIMATE CHANGE 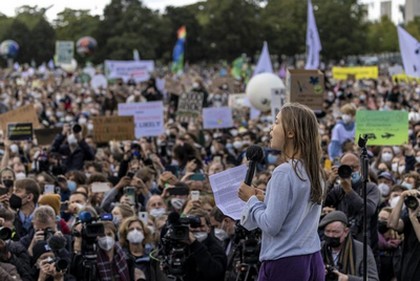 Greta Thunberg has repeated her criticism of the Labour Government's record on climate change.

GRETA THUNBERG'S latest criticism of the Labour Government's failure to act decisively on climate change only reflects what a lot of New Zealanders themselves have been saying. The fact that some Labour supporters seem more concerned in protecting their leader's undeserved international reputation than acknowledging that Thunberg might actually have a point tells us that her some of her supporters are unable to think beyond immediate self-interested  and mercenary electoral politics. On social media there have been more than a few liberal lefties who have taken time out to bag Thunberg for daring to criticise Ardern.

Thunberg condemned the political establishment for continuing to act on behalf of the interests of capital. She told The Guardian that 'It's funny that people believe Jacinda Ardern and people like that are climate leaders. That just tells you how little people know about the climate crisis. Obviously the emissions haven't fallen. It goes without saying that these people are not doing anything.'

All power to Greta but maybe she was little guilty of assuming that all Kiwis have docilely fallen in behind the Prime Minister as far as climate change is concerned. In 2018 180,000 New Zealanders demonstrated throughout the land demanding more action on climate change and at the School Strike for Climate Change demonstrations held earlier this year some of the young people were carrying placards calling for 'system change not climate change'. Like Greta, but unlike Jacinda Ardern and Climate Change Minister James Shaw, they recognise that our present economic system is inexorably pushing the planet over the cliff and radical action is needed now before its too late.

In April Shaw admitted to John Campbell on TVNZ's Breakfast that the Government had failed to meet the public expectations that Jacinda Ardern's 2017 election campaign speech on climate change had encouraged. Ardern described climate change as her generation's 'nuclear free moment'.

Thunberg's criticism was directed at politicians like Ardern and Shaw who continue to think that some minor policy tweaks will be enough to stave off disaster. We should remember that James Shaw - and his expanding entourage -  will be heading off to the pivotal COP26  climate summit in Glasgow as the representative of a Government - and a Green Party - that continues to fantasise about a 'green capitalism'. He will also be attending the conference when many civil organisations want it to be postponed over fears that inequities in coronavirus access will prevent delegates from developing countries - those most vulnerable to climate change - from attending.

Although the demonstrations passed New Zealand by - because of the coronavirus lockdown restrictions -  young people by the hundreds of thousands took to the streets across the globe on Friday to tell politicians like Ardern that the climate crisis is intensifying and that only radical action will be enough to prevent catastrophe.

The worldwide Uproot The System demonstrations marked the largest demonstrations since the pandemic forced campaigners to take their protest online last year. There were as many as 1500 demonstrations in over seventy countries.

Greta Thunberg herself  delivered a speech to a large demonstration outside the Reichstag in Berlin. See the video above. 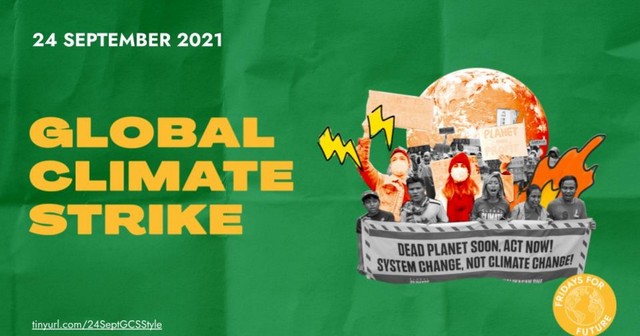