THE GREENWASHING OF COP26 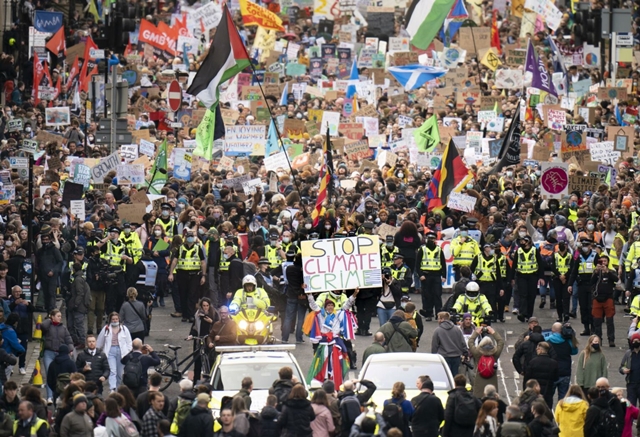 While RNZ business commentator Rod Oram claims COP26 has made 'real progress towards the1.5 percent goal for global emissions,' the tens of thousands of people who marched through Glasgow on Friday had an entirely different view. Said Greta Thunberg: 'Many are starting to ask themselves what will it take for the people in power to wake up. But let's be clear: they are already awake. They know exactly what they are doing. They know exactly what priceless values they are sacrificing to maintain business as usual.' Report from Julia Conley. 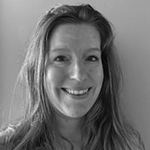 WARNING WORLD LEADERS  that the climate pledges made at the United Nations Climate Change Conference in Glasgow are vastly insufficient to limit the heating of the planet to 1.5°C and protect frontline communities, tens of thousands of campaigners marched through the city on Friday as summit attendees marked the conference's "Youth and Public Empowerment Day."

The day was aimed at engaging with young people as policymakers work to bring about systemic change, but the campaigners who descended on Glasgow for the 167th "Fridays for Future" march—including climate leaders Greta Thunberg of Sweden and Vanessa Nakate of Uganda—demanded that politicians at the conference listen to the calls for action that young people around the world have been making for years.

Carrying signs and banners reading, "Humanity is Failing" and "Divest From Amazon Destruction," thousands of people marched to George Square in the centre of Glasgow to hear activists from countries including Pakistan, Colombia, and Uganda talk about the impacts the climate emergency has already had on their communities—with the planet having heated 1.1°C above pre-industrial temperatures so far and expected to warm 2.7°C under current national climate action plans.

"We are not responsible for the current impacts," said Ugandan campaigner Evelyn Acham of countries throughout Africa. "We emit very little [carbon] but we are suffering some of the worst impacts. People are dying from floods, disasters like droughts that are drying up people's crops, people's food."

"Our voices are not being heard, our voices are being left behind," she added. "We are not on the front pages.... and we do not see that climate finance that was promised to be given to the people that have already been affected by the climate crisis."

Since the U.N. Climate Change Conference (COP26) began late last month, world leaders have pledged to cut methane emissions by 30% in the next decade, to end deforestation, to terminate overseas fossil fuel funding by the end of next year, and to phase out coal consumption—but failed to provide a timeline for the latter pledge.

Campaigners noted that the coal divestment pledge wasn't signed by some of the world's top coal polluters, including the U.S., and Thunberg and other advocates have expressed skepticism that wealthy countries will follow through on the promises they're making this week, especially without sustained pressure.

Pointing to reports that COP26 has been the most exclusionary U.N. climate crisis summit ever, Thunberg condemned the conference on Thursday as "a Global North greenwash festival."

Thunberg joined marchers from around the world before addressing the crowd in George Square.

"The leaders are not doing nothing, they are actively creating loopholes and shaping frameworks to benefit themselves and to continue profiting from this destructive system," she added.

Thunberg's impatience with world leaders was echoed on Friday by Greenpeace International, which summed up the first week of the talks as including "some big announcements, but too many pledges have been voluntary and too often the small print includes big loopholes," including the coal pledge's stipulation that wealthy countries must phase out coal by "the 2030s or as soon as possible thereafter."

Instead of powerful policymakers, said Greenpeace executive director Jennifer Morgan, "the leadership at this COP has come from youth activists and the so-called climate-vulnerable nations, while many leaders of bigger and richer countries are yet to step up."

On social media, climate action advocates said the massive demonstration that took over the streets of Glasgow—with even larger marches expected this weekend—offered "hope" that world leaders will not be able to ignore campaigners in the final days of COP26 next week.

"A tsunami of young people demanding a future in which life can thrive, a future being stolen from them," said author and advocate Rob Hopkins of the march.