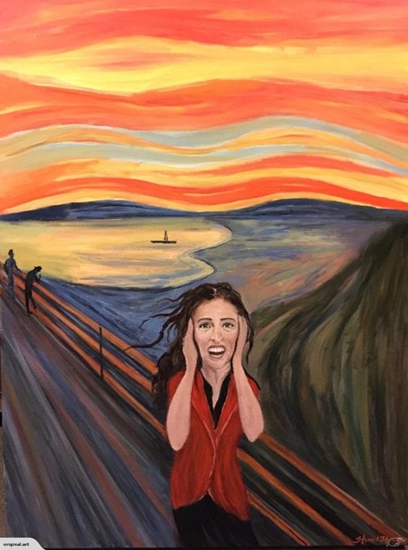 Jacinda Ardern is concerned that people don't stop supporting and trusting 'the system that we are all part of'. But it's far too late for that...

YESTERDAY, IN RESPONSE to a journalist's question on transparency around political donations, Prime Minister Jacinda Ardern had some very brief observations to make about our representative democracy.

It amounted to do no more than a sentence or three, but since Ardern is rarely asked any searching questions about her underlying political beliefs - such as they are - it was revealing that she expressed a view that she considered it to be part of her job to shore up popular support for 'the system that we are all a part of'.  Well, we might all be part of 'the system'- but we're not all active participants in it.

With Ardern it can be sometimes difficult to work out whether she is just saying what she thinks people want to hear or she is genuine in her viewpoint. But if we give her the benefit of the doubt on this occasion and accept that she is being genuine, then we have to conclude that she has done little to shore up support for our failing 'representative democracy'. We can chalk this one up as another Ardern FAIL to post along other big ticket issues she has dropped the ball on, including tackling poverty and climate change.

In 2020 some 670,000 voters stayed away from the polling booths. This occurred in the same decade when the two general elections in 2011 and 2014 saw the lowest and second-lowest voter turnout recorded since the introduction of universal suffrage in 1893. That prompted the Electoral Commission in 2014 to comment that ‘New Zealand has a serious problem with declining voter participation’.

While the supporters of the status quo invariably lambast non voters for 'not taking their civic responsibilities seriously' and the call goes out for more 'civic education', the real reason a growing number of folk no longer vote is because they know that there are minimal differences between the parliamentary parties. They are, in the end, all wedded to protecting the interests of 'the market' and maintaining the neoliberal narrative.

What the last three decades of neoliberal rule has taught people is that there is no possibility of significant participation in the processes of the government. Participation has been reduced to voting every three years and, even then,  the system is so corrupt and so tilted in favour of the ruling class, that there is exactly zero chance that the status quo will ever be overturned.

While Ardern talks glibly of maintaining  people's 'trust and support' in our political system, she is the Labour leader who in 2017 promised fundamental change but has instead delivered up more of the same. She has done nothing to refute Marx's succinct view of capitalist democracy. He wrote that the oppressed, every few years, are allowed to decide which representatives of the ruling class should represent and repress them in parliament.

Neoliberalism is incompatible with democracy as people will always rebel against the austerity and fiscal tyranny it prescribes. Jacinda Ardern's fond belief that people can be persuaded to support the very political system that disadvantages and oppresses them is simply delusional.