Home » lesser evil » representative democracy » I KNOW YOU ARE, BUT WHAT AM I?

I KNOW YOU ARE, BUT WHAT AM I? 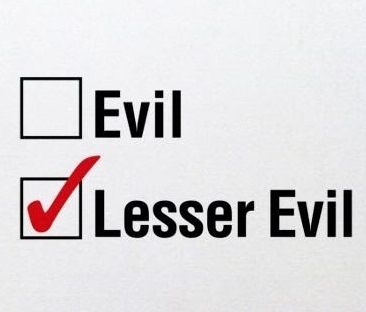 Labour apologists like Chris Trotter and Martyn Bradbury want you to vote for the right lizard.

FOR THOSE of us who don't have any skin in the game (i.e. the 700,000 or so of us who no longer vote), the jeering that often passes for political debate between Labour and National supporters is both amusing and disheartening. It can be amusing for the level of banality it demonstrates but also disheartening because there are, I'm afraid, real people out there in the blogosphere and the social media who actually write this stuff and they have followers who actually believe what they write.  But what constitutes debate often barely rises above the level of 'I know you are, but what am I?' But maybe in these turbulent times we should be grateful that New Zealand parliamentary politics provides such a rich seam of light comic relief.

Labour and National supporters, some ACT supporters and some Green supporters that James Shaw and Marama Davidson haven't quite managed to alienate yet, continue to play a  never-ending game of one-upmanship. So one day Labour supporters are expressing their collective 'concern' about a National MP who unwisely posts to Twitter a selfie taken with some anti-vax protesters. Not long after, National supporters are expressing equal collective 'concern' about Clarke Gayford's little demonstration of how not to win friends and influence people.

With little to differentiate the parties in terms of  actual policy - since they all share the same loyalty to 'the market' - it is not surprising that any debate often doesn't rise about the level of jeering and 'gotcha!' moments.

The infantilism on display is also driven by Government supporters who continue to characterise the political process as some kind of endgame equation; if you don't support Labour then you are supporting the election of National. This is a view that actually rejoices in the voters' lack of real choices and relies on a formula that requires next to no input from folk other than politely voting for Labour - or maybe the Green's -  every three years.

Labour supporters seem to think they are entitled to this demonstration of blind loyalty because, after all, they are providing a 'bulwark' against the election of National. It is a view that Labour apologist Chris Trotter expresses this way: '...which of the two main parties is likely to benefit the poorest and most marginalised NZers the most? It is extremely difficult to construct an argument that voting for National, rather than Labour, will better serve the interests of working people.'

Perhaps Chris would like to go and visit some of the folk waiting in the lengthening queues outside the food banks and explain to them how their 'interests' are being 'better served' by Labour. I know some people struggling with steeply escalating rents who would really like to know how their lives are better under a Labour Government.

Of course Trotter's view suggests that those of who resist voting for his 'lesser evil' are not only wrong, we are also wildly self indulgent. According to him we are, 'little more than frustrated lefties letting off steam.'

Presumably he's talking about the 700,000 of us who no longer vote because we've had enough of being routinely served up more of the neoliberal gruel. But Trotter has a rejoinder for this as well: ' It is, of course, possible to simply abandon the arena muttering 'a plague on both your houses', but that only makes you feel better.' So, according to Trotter, we haven't actually adopted a principled political position - we're just being irresponsible.

Unfortunately Trotter's patronising views are prevalent among the so-called 'Labour left'. It leads to absurdities like Trotter's old mate, Daily Blog editor Martyn Bradbury, trashing the Labour Government's performance over the past four years in one post while insisting in another post that Jacinda Ardern 'deserves' our vote. You really do need to possess a unique intelligence to arrive at this conclusion.

But, in reality, the only standard that Labour apologists like Trotter and Bradbury are worried about is Labour not being worse than National - which is almost the same as no standard at all.

The problem with this kind of thinking is that there is no end to it. For over three decades we've had a succession of governments all committed to neoliberalism and 'the market'. The policy convergence between the parliamentary parties has crushed any semblance of real choice. At the same time our 'representative democracy' is 'representative' and 'democratic' in name only. The political process has been captured by money, lobbyists and the corporate media.

In his novel The Hitchhikers Guide to The Galaxy, Douglas Adams describes a planet where the inhabitants obediently choose between two parties of brutal lizard overlords, because otherwise the wrong lizard might get in. He could well be talking about New Zealand in 2022. And the diabolical logic of supposedly choosing the 'lesser evil ' is that it produces greater evils.