IS LABOUR ON ITS WAY OUT? 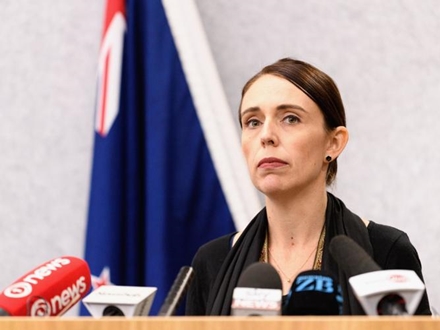 Is this terminally centrist Labour Government now getting its just desserts?

EVEN WITH with the general election some eighteen months away the prospects of this Labour Government getting re-elected grow dimmer by the week. While, yes, the only opinion poll that does matter is the one on election day, Labour has been struggling in the polls for some time and there is no sign that it has been able to halt the slide.

The two latest polls are devastating news for a Government that, during the throes of the pandemic, was confidently predicting a third term. The Roy Morgan poll has National on 37.5 percent with Labour on 33.5 percent. The Colmar Brunton poll shows a smaller gap, with National on 40.5 percent and Labour on 38.2 percent. The crucial detail though is that National has jumped a massive 9.2 percent with Labour dropping 6.1 percent. If this trend continues there will undoubtedly be Labour MP's who will begin doubting the leadership of Jacinda Ardern. She doesn't like it when the pressure is applied but she's going to have to deal with it now.

Having 'piggy-backed' on the pandemic and rode to a election victory in 2020, Labour is now getting its just desserts. Its obstinate centrist defence of the status quo has come at the time when the neoliberal 'consensus' is disintegrating. It threatens to bring down the Labour Government because its defence of the status quo has only served to devastate the lives of an increasing number of ordinary New Zealanders.

In her book The Shock Doctrine Naomi Klein outlines how crises only serve to exacerbate inequality in various ways. That has certainly been true in New Zealand. Economic commentator Bernard Hickey has estimated that since the Covid pandemic began, the wealthy have become about a trillion dollars richer and the poor are a further $400 million in debt. This is hardly evidence  of a Labour Government governing for 'all New Zealanders' as Ardern often likes to claim.

Life for more and more people has become a never ending struggle - and the cost of living crisis is hitting hard. In response Labour has little to offer but more of the same failed economic prescription that is outraging more and more New Zealanders as they not only watch the very real decline in their own communities but struggle with the increasing precarity of their own lives.

The National Party is offering little in the way of an economic alternative but it has probably calculated that it doesn't have to. As has often been said, New Zealanders vote political parties out of office rather than vote them in. His steady but cautious leadership suggests that Chris Luxon has concluded he just needs to turn up on time, not knock over the furniture, and say his lines correctly.

But this, in itself, is an indictment of the dismal state of New Zealand mainstream politics and our so-called 'representative democracy'. With no real alternative to vote for, a significant number of folk have decided not to vote at all (including this writer). If history is any guide, some 700,000 New Zealanders will not vote again next year.

The Electoral Commission's report on the 2017 general election provides us with several insights as to why more and more people, especially the young, are not voting. They range from a general alienation from the political process itself  to the popular view that voting 'doesn't make a difference and nothing changes.' The decision not to vote has been made long before election day arrives.

The dismal centrism of this Labour Government is unlikely to convince people to return to the polling booths.