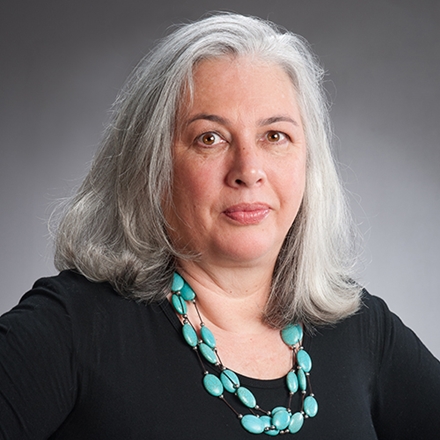 Is an extremist in charge at the Centre of Research Excellence for Preventing and Countering Violent Extremism?

THE APPOINTMENT of Professor Joanna Kidman as a director of the newly launched Centre of Research Excellence for Preventing and Countering Violent Extremism suggests that the Labour Government is comfortable and even agrees with the intolerant views that Kidman has expressed in the not-too-distant past.

Those views have included denigrating the seven Auckland academics who dared to argue that matauranga Maori, or 'Maori ways of knowing'  is not legitimate science and therefore should not be included in any science curriculum either at high school or university level. Tweeted Kidman:

'Oh settlers! Opened the Letters page of the Listener to find a bunch of University of Auckland professors, inc Liz Rata, denying that Matauranga Maori is science. Where so these shuffling zombies come from? Is there something in the water.'

'Settlers' is a term that Kidman often employs to refer to Pakeha New Zealanders.

This is infantile stuff from someone who occupies a high position within the Ivory Towers of academia but its behaviour she has indulged in before. In 2020 she attacked fashion designer Trelise Cooper who unknowingly committed the cardinal sin of calling one of her dress designs the ‘Trail of Tiers’. Kidman, drawing more than a long bow, argued that this was deliberate reference to the ‘Trail of Tears’, a genocidal forced march of 46,000 Native Americans between 1830 and 1850 by the United States federal government. Tweeted Kidman 'I guess its cool to be ironic abut genocide'.

Of course there's nothing cool about genocide. But Cooper wasn't trying to be cooly ironic. She told the media that she was unaware of the Trail of Tears, (like perhaps 99.9 percent of New Zealanders), and no offence was intended. However this wasn't enough for the zealous Joanna Kidman. If ever there was flag bearer for cancel culture, its the new co-director for Centre of Research Excellence for Preventing and Countering Violent Extremism. Or the Ministry of Truth as it is being popularly being referred to in the social media.

What motivates Kidman is a grim politics that views New Zealand and the world in racial terms. Its a reactionary Maori nationalism that has made its peace with capitalism and wants us all to believe that the many injustices that have befallen Maori are all due to 'white colonialism'. Conspicuously missing from this racially- charged and divisive view is any acknowledgment that it might just might be our present economic system that is the real source of Maori injustice, just as it is for their Pakeha brothers and sisters. But for people like Joanna Kidman class is a four letter word - and probably Eurocentric as well.

But Joanna Kidman's political  intolerance has been embraced by a Labour Government that is seeking  to contain Maori economic and political aspirations within the present neoliberal framework rather than having the Maori working class thinking it might be a good idea to dismantle that framework itself.

Kidman's singling out of Professor Rata may well be because she is a prominent critic of the Government's agenda of 'co-governance'. She argues, and I'm simplifying here, that it is the agenda of the Labour Government to install a Maori elite (people like Kidman, for instance) within our present neoliberal economy but where fundamental democratic tenets have been sacrificed on what Rata calls the altar of 'ethno nationalism'.  It might be beneficial for the Maori elite but of little benefit for the majority of Maori.

Unfortunately we presently reside in a intolerant political environment where such arguments are likely to see you attacked as 'racist'. Which must be a interesting experience for the Maori critics of 'co-governance'. But its all part of a political agenda, supported by the liberal left, to impose its views on the rest of us. Because, after all, 'democracy is the tyranny of the majority' - as arch-capitalist and the Minister for Maori Development Willie Jackson said recently, responding to critics of 'co-governance'.

Interestingly, the Royal Commission report on the Christchurch terrorist attack suggests that 'Extremist belief systems are characterised by a strong 'us versus them' mentality, and belief in the supremacy of, or at least strong loyalty to, the group a person is part of. This can be any political, religious, ethnic or other grouping'.

Applying this definition, Professor Joanna Kidman could well be described as an extremist.