Home » »Unlabelled » DARK SIDE OF THE MOON

DARK SIDE OF THE MOON 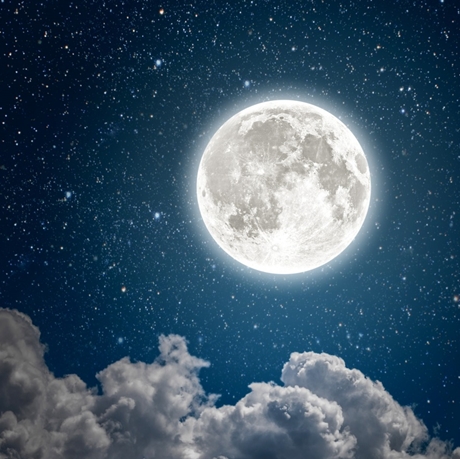 According to the new Maori Health Authority 'centuries-old treatments' can be used to treat Maori health problems. That includes Maori suicide which, it says, can be linked to the phases of the moon...

THERE IS NO SCIENTIFIC evidence that mental health problems can be treated via the phases of the moon but, despite this, the new Maori Health Authority has allocated $100 million to private Maori providers who use 'centuries-old treatments' to treat Maori health problems.

One of the beneficiaries  of the new funding is Rereata Makiha. According to an article more propaganda than journalism and funded by the Public Interest Journalism fund overseen by NZ On Air, Makiha is 'an expert on maramataka Maori, or the Maori lunar calendar, and forecasting based on the moon cycles, star systems, tides, and the environment.'

According to the Newshub article and which also provided an item on its six o'clock news bulletin, Makiha and fellow maramataka Maori (moon turning) practitioner Rikki Solomon  'correlated a decade of coronial suicide data with a Maori lunar calendar and found that many suicides occurred on the new moon and the full moon - 35 percent on the new moon and 16 percent on the full moon.'

Even if we accept these figures on face value, it means that half of Maori suicides had nothing to do with the phases of the moon. But the figures are suspect because they have never been independently reviewed. We are basically being asked to take Makiha and Solomon's word for it. But why should we? The international scientific literature, which has been peer-reviewed, tells us that the influence of lunar cycles on suicide rates is a myth. Indeed a comprehensive 2006 study of more than 10,000 medical records from different medical facilities found the same thing:  there was no relationship between lunar phases and the number of psychiatric or mood disorder hospital visits.

But apparently Makiha and Solomon know differently. According to Solomon : 'When someone is going through conflict at that time, we have to observe them and teach whanau that we have to be mindful and observe when there has been conflict and that we are watching them in the next few days and after. And we can use this in many areas.'

While we might accept maramataka Maori as a cultural practice it becomes a problem when a government health authority financially backs and legitimises a practice that claims that a better understanding of lunar cycles is a valid treatment for mental health conditions.

Rather than looking to the Moon and stars for 'solutions' to Maori mental health problems, perhaps the Maori Health Authority should take a hard look at what's actually happening here on planet Earth. It is well known that mental health problems are directly related to deprivation, poverty and inequality. As it is for the Pakeha working class, it is capitalism that is making the Maori working class sick.

In their book Monopoly Capital, Paul Baran and Paul Sweezy make explicit the consequences of capitalism for psychological well-being, arguing that the system fails 'to provide the foundations of a society capable of promoting the healthy and happy development of its members.'

And, as the Marxist professor of social work and social policy Iain Ferguson writes in his book Politics of the Mind : Marxism and Mental Distress:  'it is the economic and political system under which we live—capitalism—which is responsible for the enormously high levels of mental-health problems which we see in the world today. The alleviation of mental distress is only possible in a society without exploitation and oppression.'

But for a Maori Health Authority that seeks to accommodate itself to the demands of capitalism, it much prefers the pseudoscience of maramataka Maori that will provide little real benefit for struggling Maori.