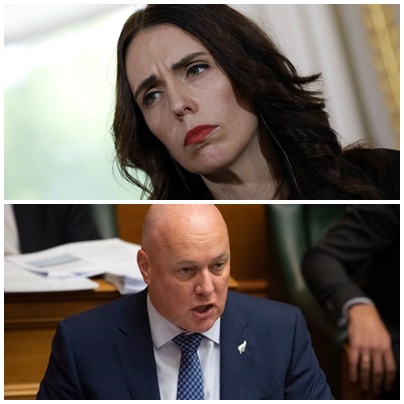 The cost of living crisis has highlighted that the free market model is irretrievably broken - but our present parliamentary parties continue to defend it.

PRIME MINISTER Jacinda Ardern displayed more than a hint of irritation in Parliament yesterday. During Question Time National leader Christopher Luxon asked her a series of questions probing the decision of the Government to merge TVNZ and RNZ. It's going to cost over $300 million to merge the two organisations for reasons that haven't really been fully explained. Luxon wanted to know if this merger, at a time of economic difficulty, was an appropriate use of such a large amount of public money. Ardern seemed frustrated that Luxon was actually asking her about the merger. She looked, again, like a Prime Minister under pressure and not liking it very much. She'll have to learn how to handle it and fast because it's not going to get better anytime soon. Perhaps commentator Graham Adams is correct and Ardern has entered 'the tragi-comic phase of her tenure'.

What, of course, is driving Ardern's unhappiness is bad poll results. While she tried to shrug off the result of Sunday's devastating Newshub -Reid Research poll claiming that Labour's own polling suggested that the two parties were much closer, Ardern's scratchiness suggests that she doesn't see a future for Labour that is so bright that she has to wear shades.

While unpopular policies like Three Waters haven't help Labour, it is certainly the parlous state of the economy that is threatening to bring down Labour's house of cards. It's high profile band of woke activists might be all worked up about having more te reo in public places or hate speech laws passed into legislation, but that's not what is concerning most people. A Stuff poll in August found that 97% of over 2000 respondents were somewhat or extremely concerned about the cost of living, while 94% were concerned about inflation. Yes, it's the economy stupid.

Economic issues are always front and centre in any election campaign and 2023 will be no different. With inflation seemingly out of control and the cost of living accelerating into the stratosphere, Labour has nothing to offer but the claim that it is the party to guide the country through turbulent waters. The polls suggest that the majority of folk just don't believe Labour anymore. And Brand Ardern ain't what it used to be.

But the decline in living standards only applies to most of us. The top one percent continue to sit pretty, thanks to the largesse of the Labour Government. As Bryce Edwards has noted: 'Labour’s monetary and fiscal policies have been calculated to have transferred about $1 trillion to business and property owners at the expense of workers. And there are now signs that the cost-of-living crisis is being most severely borne by wage earners and the poor.' The irony is that Labour continues to accuse National of wanting to further enrich the rich via its tax policies.

So it's not entirely surprising that Labour is faced with a likely election defeat next year. But the National Party have no answers to the country's economic malaise either. Indeed, none of our present set of parliamentary parties have any real solutions.

Walking in step with the deepening economic crisis is a political crisis. Both the policies of Labour and National continue to be based on the assumption that all is required is a tweaking of the present system. But the free market model is irretrievably broken and merely try to 'manage' it back to health is futile.

What the deepening crisis has highlighted is the inherent economic instability of a system that 'trickles up' wealth to the already wealthy. While there is much talk about the cost of living crisis there is little recognition that it won't be alleviated by simply shoring up the status quo and hoping for the best.

The political crisis is that the centre, where our politicians all congregate and worship, has no real credible explanation for the current economic malaise and even fewer answers. Unfortunately they retain control over an economy that benefits the one percent. That won't change in 2023, regardless of which party becomes the government.