JACINDA ARDERN : THE VICTIM OF 'MISOGYNISTIC ATTITUDES AND BELIEFS'? 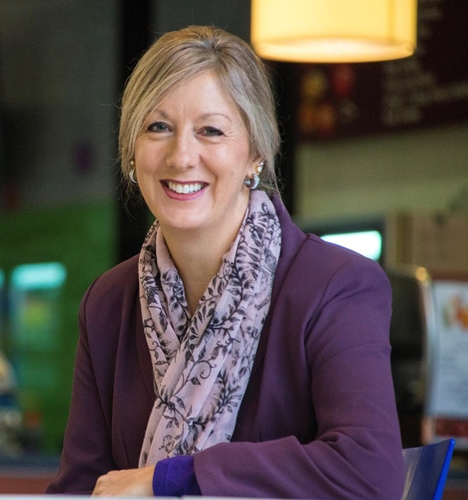 Massey University lecturer Suze Wilson thinks the criticisms of Jacinda Ardern are misogynistic. And we all thought the criticisms of her are based on the fact that she's a centrist defender of the status quo who has failed to deliver what she promised in 2017.

ALTHOUGH THE politicians are still on their summer holidays and won't return to their parliamentary offices until the end of the month, their supporters are already positioning themselves for this year's tribal battle culminating in the general election. Since the political and philosophical differences between the two major parties is minimal, this is a contest for territory - more seats in Parliament - rather than a contest of opposing ideas. It was only a few months ago that conservative commentator Matthew Hooton was proposing that National and Labour should form a 'grand coalition' to keep fringe parties out of Parliament. The message from Labour and National is 'This is our club, and you're not a member'.

But all thoughts of a 'grand coalition' must be set aside for now because there is a general election to be fought and the public must be persuaded that it is a real political contest even if won't change a thing. And, trailing in the polls throughout 2022 and with that lead showing no signs of disappearing, the onus is now on Labour to try to convince an increasingly hostile electorate that its worthy of a third term.

Although it's still early days, many of Labour's most loyal supporters seem to have concluded that their best strategy is not to try and defend Labour's track record over the past five years, a near impossible task probably, but rather attack National instead.

As part of that strategy Labour supporters, in the social media at least, are again claiming that the attacks on Jacinda Ardern are driven by a simple misogynist hatred of a female leader. That dubious argument has been regurgitated in the social media in recent times which explains why a column by Massey University lecturer Suze Wilson has appeared on several occasions in both my Twitter and Facebook feeds recently.

The article was widely published in the mainstream media in March of last year. First appearing on The Conversation website it was also picked up by the NZ Herald, Stuff and Radio New Zealand. It also got backing from Kate Hannah of the so-called Disinformation Project who went on to suggest that the frequent critical attacks on Jacinda Ardern were all part of a general attack on women's participation in public and political life and was being driven by far-right ideology.

It's true that there are a minority of individuals who consistently engage in personal abuse of Ardern and some might have a far right agenda of some description. But most of us are actually critical of Jacinda Ardern not because she's a woman but because we don't much like the policies that she and her government have been pursuing for the last five years.

While Suze Wilson herself somewhat reluctantly concedes that 'Ardern's performance is not beyond criticism' that lone and muted criticism is deflated by her earlier comment that Jacinda Ardern isn't at fault for any of the problems that people are struggling with right now. She writes:

'In Ardern's case, the public's main concerns right now - food and fuel prices, rental and home ownership costs, and the effects of the Omicron outbreak - are beyond the direct control of any political leader. Some will require years of transformative effort before significant improvements are seen.'

That's quite a sweeping generalisation that ignores inconvenient truths like the fact that we have, under this Labour Government, witnessed the greatest transfer of wealth to the already wealthy in the country's history. It ignores the fact that this Government has done little to arrest the skyrocketing costs to either purchase or rent a home. And the fact that Labour has been a resolute defender of the status quo throughout the past five years hardly suggests that we can expect any substantive change from Labour. Ever. Those days are long gone.

But Wilson goes as far as to actually blame supporters of Jacinda Ardern for having 'unrealistic expectations' of her. Even though during her 2017 election campaign she posed as a leader who would allow the winds of change to sweep through the nation, Wilson suggests Ardern's followers wrongly assumed that she could 'solve complex problems quickly'. According to Wilson, Ardern's supporters were wrong to think that she actually meant what she said.

But for liberals who are a little concerned that they are supporting a Labour Government that continues to enforce the neoliberal status quo, it is a comfort for them to turn to liberal apologists like Suze Wilson. She provides them with the rationale to continue supporting Jacinda Ardern. She soothes their troubled souls, reminding them that criticism of the Prime Minister is 'rooted in sexist and misogynistic attitudes and beliefs, further amplified by conspiratorial mindsets'. 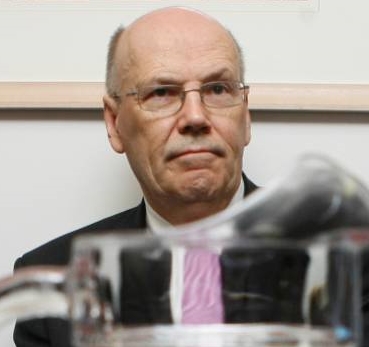 BACK IN THE DAY I was a member of a group that attempted to have Labour cabinet minister David Caygill stripped of his life membership of the University of Canterbury Students' Association.

This was the time of the fourth Labour Government. It was busy knocking down New Zealand's post-war social democratic traditions and enforcing the new policies and ideology of neoliberalism - which, some three decades later, remain locked in place and are presently being enforced by another Labour Government.

David Caygill was an enthusiastic supporter of what became known as 'Rogernomics'. He allied himself with the Minister of Finance Roger Douglas and with Richard Prebble. They became known as the 'Treasury Troika'.

The economic policies were also impacting negatively on students. The group I was involved with concluded that David Caygill, a former UCSA president, had lost his right to life membership of the UCSA. We also thought a campaign to strip him of his life membership was a good way to highlight that the national student body, the New Zealand University Students' Association, and local student unions like UCSA, were doing little to defend the interests of their members. Worryingly, some student leaders had made public comments that sounded suspiciously like support for Rogernomics.

We quickly gathered the 500 signatures that were required to force the UCSA to call a Special General Meeting in order that the motion to strip Caygill of his life membership could be debated and voted on.

Without going into detail, we lost the vote. It wasn't a major defeat -a lot of students supported the motion - but we still lost. Which was disheartening.

Two things swung the vote in Caygill's favour. The first was that the man himself turned up at the SGM to defend himself. He was later to comment in the media that a 'far left group' had 'caricatured' his political views and had tried to damage his reputation. Gosh.

The second reason that we lost the vote is the UCSA President defended David Caygill and recommended that students vote against our motion. That president was none other than Suze Wilson.

Over three decades later Suze Wilson, now a university lecturer in management studies, is continuing to support Labour and its political interests. She continues to be Labour's faithful servant. But I guess she might interpret these comments as 'misogynistic'.