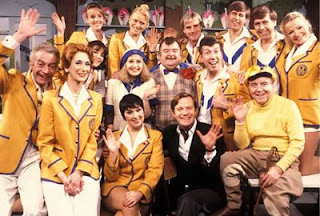 As New Zealand confronts a massive economic crisis and with Prime Minister John Key signalling attacks on the working and living conditions of ordinary New Zealanders, the time is ripe for a real economic alternative to be put forward - one that defends the interests of ordinary people and not the business class.

Although some of its apologists claim there is still hope for Labour, the sheer bankruptcy of the Labour Party has been underlined yet again - less than a month into 2009.

John Key's 'Jobs Summit', which will signal further attacks on working and living conditions of ordinary folk, should be attacked by a Labour leadership that claims traditional social democratic principles. Instead we've had the exact opposite from Phil Goff: he thinks the summit is a good idea and is just peeved he hasn't been invited.

Similarly Goff is in favour of Key's campaign to introduce what amounts to a wage freeze for New Zealand workers - despite steeply rising prices.

Of course none of this should come as any surprise since Goff, a politician hostile to the left, basically wants to try and win the 2011 election on the same platform of policies that led to Labour's defeat in 2008. Withering and dying, nothing has changed within Labour.

And the same can be said of the Labour intelligentsia, that loose collection of media pundits, bloggers and journalists, who have reacted to the defeat of their government by saying and doing....nothing.

This comfortable and middle class strata can be still be found in Camp Labour. No-one has packed up their ideological kitbags and headed off to the more invigorating pastures of socialist politics.

Chris Trotter has thought about it but, in the end, he just couldn't do it. His solution? He wants the socialist left to join him in Camp Labour. Hi de Hi! Is he having a laugh or what?

I saw Trotter sharing a laugh or two with National man Mathew Hooton on TV3's Sunrise the other morning. It revealed a lot about where Trotter is at these days - a bit of repartee and a few laughs on breakfast TV. Hi de Hi!

And what of his fellow Labour apologists? I've scanned various pro-Labour blogs for criticism of the Goff-King leadership, for any indication of soul-searching, for any admission that, hey, we were wrong about Labour after all.

Similarly the condescending and smug Russell Brown has got nothing to say about his beloved Labour Party ether. In fact he's been recently getting all worked up about Bill Ralston attacking the 'Violence is Not Ok' campaign - in which Brown appears. Reading Brown's blog I'm left with the strong impression that Russell Brown is mostly interested in Russell Brown. Russell Brown is an endless source of fascination for Russell Brown.

While Brown fiddles, economic conditions worsen by the day.

The complacency of both the Labour Party and their groupies will be severely tested in the coming months.

The economic crisis and the anti-worker measures implemented by the Key government will starkly lay bare what is at stake for the New Zealand working class.

Labour and its supporters will be asked again - whose side are you on?
Posted by Steven Cowan on Tuesday, January 27, 2009