THE END OF KIWI FM 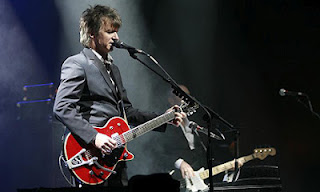 Is the Government preparing to sell the FM frequencies formerly reserved for the non-commercial Youth Radio Network?

After years of desperately low ratings Kiwi FM has now ditched the failed 'all Kiwi content' and is now playing forty percent international content. Effectively, it is the end of Kiwi FM - a station that former manager Karyn Hay insisted last year had turned a corner.

The decision to axe Kiwi was not made from within the so-called 'independent' Kiwi FM itself but was a corporate edict issued from within MediaWorks. MediaWorks Radio spokesman Andrew Szusterman said having 100 per cent New Zealand music was no longer tenable with just over 20,000 listeners tuning in each week. 'No longer tenable'? It was never tenable and the years of dismal ratings are proof of that.

For years this blog has been consistently exposing the failure of Kiwi FM.

But what we have also learnt is that the Government agreed in last year to cut MediaWorks local content obligations for Kiwi.

John Drinnan has reported in the NZ Herald that: 'Former MediaWorks music boss Jana Rangooni negotiated the reduced local content obligations and it is understood that Communications and IT Minister Steven Joyce was involved in the deal.'

Steven Joyce is the former owner of MediaWorks.

Readers will recall that the three FM frequencies that Kiwi has been squatting in were formerly reserved by the previous Labour Government for the non commercial Youth Radio Network (YRN).

The station has also been receiving $300,000 a year from NZ ON Air. Yes, public money has been dished out to a station controlled by a commercial broadcaster.

However the YRN, despite widespread community support, was scuttled by the then former Minister of Broadcasting Steve Maharey. Behind closed doors he agreed to a shonky deal with Brent Impey of Mediaworks which saw the FM frequencies being handed over to MedIaWorks and Kiwi FM. Impey was worried that the YRN would pull audience away from Mediaworks stable of commercial stations.

Maharey said at the time that Kiwi's performance would be reviewed after a year - no review was ever conducted.

Brent Impey thinks that New Zealand youth just want to listen to pop music 24/7. He regards youth as just another demographic to be targeted by advertisers.

Musician Neil Finn, one of the central supporters of the YRN said of Impey: "He was the arch enemy of a public youth radio network and yet he has now asked for, and received, Government assistance for Kiwi FM,"

In a letter to the New Zealand Herald, the former member of Crowded House and Split Enz asked why Kiwi was being propped up "when it has proved to be a failed concept with the listening audience".

Although the Government has denied it, looming on the horizon is the selling off of the YRN frequencies to the highest bidder. The lowering of local content on Kiwi is setting up the conditions for the sale of the frequencies and the establishment of yet another tedious commercial pop station staffed by moronic DJ's.

Faced with this awful prospect public radio campaigners, including Neil Finn. are now campaigning - yet again - for the establishment of the non-commercial YRN.

But given this Government's open hostility to public broadcasting, its not going to be an easy task.
Posted by Steven Cowan on Sunday, February 26, 2012