Home » christchurch city council » jamie gough » IT'S ALL ABOUT THE RICH!

IT'S ALL ABOUT THE RICH! 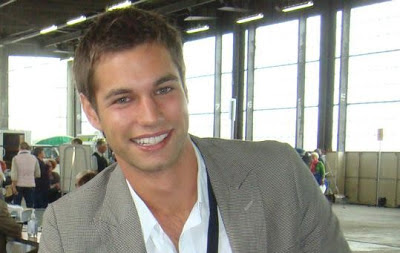 Christchurch City councillor Jamie Gough  is more than happy  to give a big  helping hand to local property developers - but not to the city's poor and vulnerable.

On his Facebook page Christchurch councillor Jamie Gough recently wrote : 'Very happy to get this win for the city. It's all about people, people, people!'

Before we all start thinking that young Jamie will next be  seen on the streets waving his red flag and singing  'The Internationale', there is a lot more to this story than meets the eye.

What Gough was crowing about was that  the Council this week  voted  by 13-1 to give property developers a generous  100 per cent rebate on the  contributions that apply to central city residential developments. Only Tim Carter voted against the proposal.

The rates rebate was Gough's  idea (apparently) who argued that developers needed a financial incentive to build new residential units rather than offices in the central city as it was otherwise uneconomic.

Wealthy property developers will now receive up to  $10 million worth of 'incentives' for building  ritzy townhouses  and apartments. In effect, the good people of Christchurch - including those who are still living in damaged houses and garages in the eastern suburbs-  will be subsidising  property  developers  and helping them to maintain their healthy profit margins as they flog off high-end properties to other wealthy investors, who will be the only people  who'll be able to afford these central city residences.

Gough has no problems  piling more debt on the good people of Christchurch, already in danger of being burdened with the cost of a  bloated sports stadium and its running costs.  Not to mention the running costs of another white elephant in the making -  called  the Death Star by many local people but otherwise referred to as the Convention Centre.

But while  Gough is more than keen to help out his rich mates, he does have a serious  problem with helping the poor.  He opposed allocating $50 million to what would of been an enlightened social housing project.

The Council voted against it - 10 votes to four.

Said  Gough: “Everyone is struggling. Everyone in this city has been to hell and back. The answer is not to load everyone up with extra debt.”

Well, its unlikely that Jamie Gough and  his mates are 'struggling' and have  'been to hell and back' and his hypocrisy is truly breathtaking.   He has absolutely  no qualms  about placing further financial burden on the people  of Christchurch to help out wealthy property developers  but  he's not okay with managing more debt if it is to help Christchurch's poor and vulnerable.

The National Business Review has described Jamie Gough as ' a city councillor who initially gave some promise as a young Turk but more latterly appears to have fallen into the conservative camp as befits his Fendalton neighbourhood. '

In 2011 he complained that Christchurch beaches were being spoilt 'by every bogan in town'.  In a magazine column he said that Sumner, Taylors Mistake and Corsair Bay were 'overrun by every Dwayne and his pit-bull'.