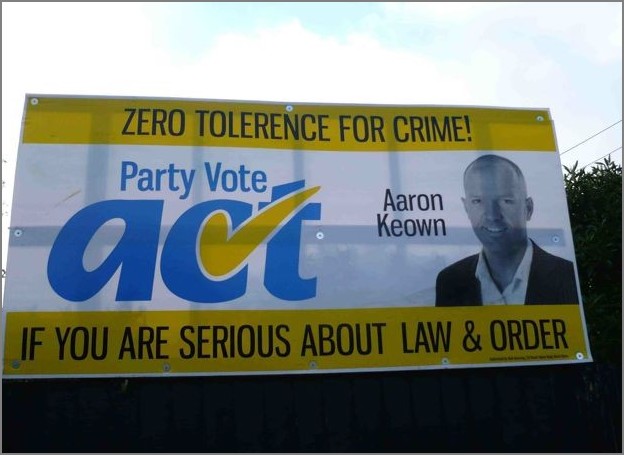 In another insult to the good people of Christchurch, former Christchurch City Council CEO Tony Marryatt has not only walked away with nearly half a million dollars but he has also pocketed the $68,000 pay rise which was put on hold after a storm of public protest. A vocal supporter of Marryatt, Councillor Aaron Keown, is now desperately trying to distance himself from the man he said he would 'unleash war' for.


The worst CEO in the world, Tony 'Tony' Marryatt has not only walked away with an over half a million dollar payout but also raided the Christchurch City Council piggy bank for the $68,000 pay rise that was put on hold last year after a storm of public protest. Marryatt though unilaterally 'reserved' for himself the 'righ't to take the increase at any time and that's what he's done - giving the quake battered people of Christchurch the middle digit in the process. What a guy.

If this wasn't bad enough, some of the councillors who resolutely defended Marryatt and gave him the pay increase in the first place, still feel they are incredibly worthy of being re-elected in the upcoming local body elections.

While Sideshow Bob and his loyal follower Sue Wells have walked the plank and useless Barry Corbett has retired from council, other Sideshow Bob groupies want to stick their noses in the public trough for another three years.

Ngaire Button, Aaron Keown, Claudia Reid and Jamie Gough all voted to give Marryatt the whopping pay increase. All four councillors have had stickers plastered on their election billboards reminding people they did as Sideshow Bob ordered and supported Tony Marryatt.

Jamie Gough's grovelling that, in hindsight, he would not of voted for the increase will be treated by the good people of Christchurch with the contempt it deserves.

The chances of any four of these councillors getting re-elected is hovering around zero.

But Aaron Keown, one of Marryatt's most vocal supporters, is desperate to keep his $100,000 plus salary package.

Such is Keown's flexible principles is that he voted against Marryatt's compensation package.

The usual talkative councillor told The Press that "it wouldn't be professional for me to comment". But it's all just a wee bit too late for Keown to try and distance himself from Marryatt. He and his fellow Shirley-Papanui ward councillor Ngaire Button will soon be booted out of office and good riddance.

Keown also wants to be re-elected to the Canterbury District Health Board despite the fact he finds it difficult to get to meetings. In 2012 he managed to get to one meeting - but he still picked up another $26,000 for doing nothing much.

Keown says he, like Ngaire Button, is an 'independent candidate with no political agenda.' Button though is a supporter of the National Party and Keown is a former candidate for ACT.

But Keown and Button can count on the support of one high profile Cantabrian.


That person is none other the chief executive of Canterbury Cricket, Lee Germon.


In an election pamphlet put out by Button and Keown, Germon waxes lyrical about our dynamic duo:


'Ngaire and Aaron have been honest, fair and trustworthy in all matters I have been involved with them. They have been proactive and I have no doubt that at all times they have made decisions in the best interests of our city and our ratepayers. I fully support their re-election for the future of our great city.'


This statement is patently mad but it all becomes clear when we remember that Button and Keown backed Canterbury Cricket's bid to swipe some of Hagley Park to build their international cricket venue.