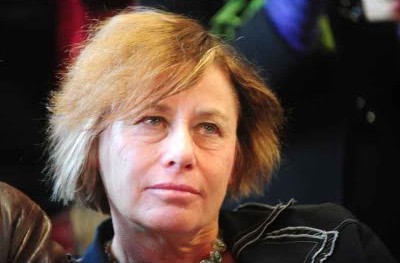 The America's Cup has shown again just how deeply intertwined the corporate media and New Zealand's rich and powerful are.


A large New Zealand media contingent has descended on San Francisco to report on a yacht race that even most American's have not heard of and have no interest in. But judging by the comments these hacks are leaving on the social networks, they all seem to be having a good time.

If you want irrefutable proof of just how enmeshed the New Zealand media is with the rich and powerful in this country, then the America's Cup is it.

But while they rush to embrace the wealthy and the corporations, they will only touch the poor with a barge pole if they can hit them over the head with it.

Last week Auckland Action Against Poverty were outside New Lynn Work and Income office for three days, helping hundreds of people to get the assistance they desperately need from WINZ.

During these three days AAAP heard some horrific stories about the lives that too many ordinary folk are being forced to endure.

One of the organisers was former Green MP, Sue Bradford. Can anybody not be truly heartbroken by Sue's words? She writes:


'I met a number of solo mums living in horrendous conditions – overcrowded, cold and hungry, washing clothes by hand in the middle of winter and bunking down with their babies and young children in cramped, pest-infested accommodation not fit for humans. It is no wonder so many children – and their parents – suffer chronic major illness.'

And, of course, AAAP met many other folk in precarious circumstances.

On Thursday last week AAAP put out a press release about what they had found.

As Bradford observes not one mainstream media organisation picked up on the press release. And not one journalist bothered to talk with the AAAP. And certainly not one journalist was available to pursue any of the horrendous situations that had been uncovered.

The New Zealand corporate media are more than eager to tell the stories of the rich and powerful but the stories of the poor are of no interest to it. While young mothers and their children live in overcrowded and woefully inadequate accommodation, a self-satisfied media prefers to live it up in San Francisco.

I won't be cheering when they win that trophy but I might just cheer for Sue Bradford and the Auckland Poverty Action Group.
Posted by Steven Cowan on Thursday, September 19, 2013