THE SPECTRE OF 'LESSER EVIL' POLITICS

Is the Labour Party really the 'lesser evil' or is it just a smokescreen to conceal that, yet again, this election will present us with no alternative to neoliberalism? 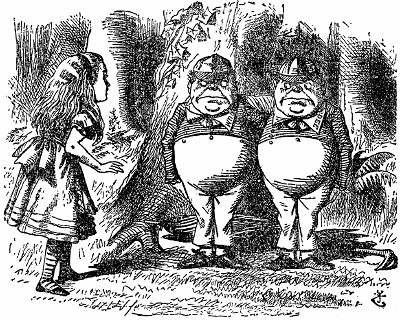 FOR OVER THIRTY  long years New Zealand has been a country dominated by the policies and ideologies of neoliberalism. The pursuit of neoliberalism has been a bi-partisan affair. It has been championed and defended by both National and Labour-led governments.

In the case of the Labour Party it has become increasingly more difficult for its supporters to justify their continued loyalty for a party that has abandoned its own social democratic traditions. Former leader Phil Goff was just being honest in 2009 when he dismissed Labour's founding objective, "the socialisation of the means of production, distribution and exchange" as 'nineteenth century' thinking.

Of course that phrase was dropped by the Labour Party back in 1951 but, even so, we can still read  in the Labour Party constitution this objective: "To educate the public in the principles and objectives of democratic socialism and economic and social co-operation."

But this is an objective the Labour Party can never even partially  fulfil since its new stated objective is to 'not interfere in the market'. And leader David Cunliffe would have real problems talking about 'democratic socialism'  since he has already said that 'socialism is not a word I use'. He has no problems in using the word 'market' though.

Indeed Cunliffe would more than likely agree with  Goff's 2009 comments that Labour’s  mission is work out "how you make a modern capitalist system work more effectively, and work in favour of all of the citizens of a country – and not just the chosen few, the elite at the top."

I could well imagine  this is what John Key claims he is doing as well. It's pure nonsense.

Yes, Eduard's Bernstein's so-called 'evolutionary road to socialism'  has crashed and burned. Rosa Luxemburg was right all along.

But it is 2014 and another election looms  and the  drumbeat for a Labour vote is growing louder on the Labour-aligned blogs and in the offices of the trade union bosses. Having comprehensively failed to defend the interests of workers for yet another three years, these very same union officials want workers to do them a favour and vote for Labour.

It's around about this time that the spectre of 'lesser evil' politics  floats into view. If you look closely you can see the strings being pulled by the CTU's Helen Kelly and Robert Reid.

You can expect to be warned - frequently - that not voting for Labour will mean another three years of National. You are invited not to remember what Labour did when it was in government because, apparently, it's going  to be so  much better this time round. Really.

Even one of the more progressive unions, the Unite Union, is peddling the politics of 'lesser evilism'. National secretary Mike Treen, who describes himself as a socialist,  says there are 'substantial differences'  between the 'current parties of government' and the 'current opposition parties '. When you cut through the obfuscation what he is really saying is that there are substantial differences between Labour and National.

Treen, and other Labour apologists like him, have tried to emphasise the few issues where there are disagreements between the parties, in an attempt to deceive people into believing that they are being offered a real choice by representative democracy.

And, already, so-called lefties are beginning to avoid criticising Labour about anything - because that's what 'lesser evil' politics requires.

What Treen doesn't tell us is what Labour's core beliefs actually are because, if he was being honest, he'd have to front up and admit that he's asking people to vote for another three years of neoliberal  and anti-worker policies. As the head of a union that represents low wage workers I think his position is questionable, to say the least - especially since the Unite membership don't appear to have been consulted before Treen issued his pro-Labour statement on behalf of the union.

But what is healthy is that an increasing number of people don't believe the bullshit about Labour being 'better'  than National. This was  amply demonstrated by the historic low turnout at the last election. Why vote for any of the bastards?

And as political scientist lecturer Bryce Edwards suggested on TVNZ's Q+A a week or so ago, we could well be heading for another low turnout again this year.

Instead of being seduced by 'lesser evilism' it is worth remembering the wise words of the American socialist Hal Draper who described the 1964 Presidential election this way: 'In setups where the choice is between one capitalist politician and another, the defeat comes in accepting the limitation to this choice."
Posted by Steven Cowan on Friday, May 23, 2014