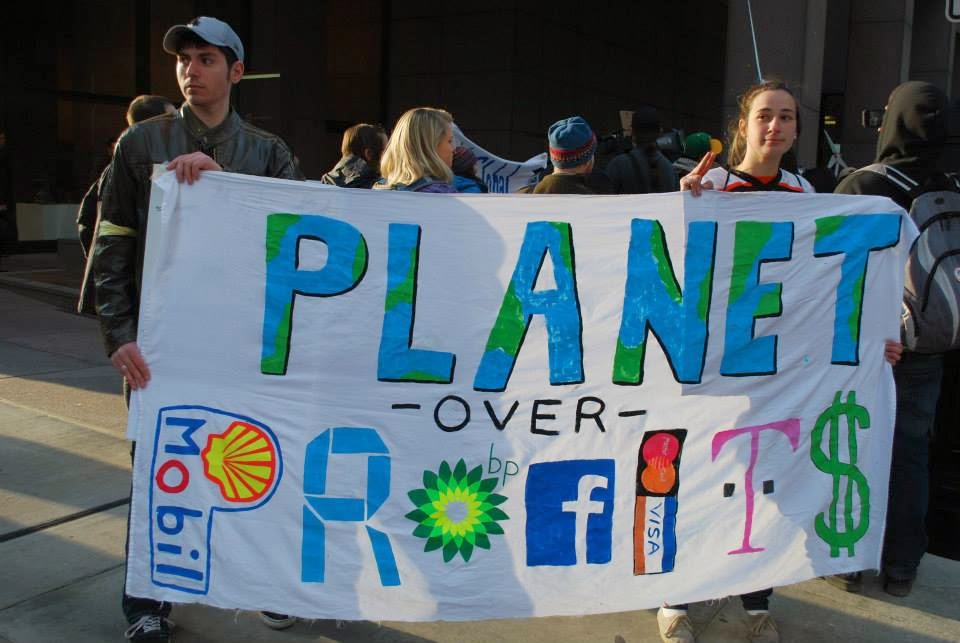 Columnist Chris Trotter gives up on  'Green Capitalism' but remains silent about the alternative.

LESS THAN A MONTH ago columnist  and commentator Chris Trotter was  wholeheartedly  praising  the Green Party and its policies of market environmentalism. He wrote:

Only the Greens have grasped the need to turn the mechanisms of the market to new, environmentally sustainable and socially integrative purposes. In the spirit of Isaiah, their mission is to beat the market’s swords into ploughshares and its spears into pruning hooks.

Yes, Virginia, there is a Green Capitalism!

A month later though  Trotter has had a dramatic change of heart. Prompted by Bryce Edwards' criticism of 'Green Capitalism' on TVNZ's Q+A, Trotter has now decided that trying 'to turn the mechanisms of the market to new, environmentally sustain and socially integrative purposes' is, well, delusional. He writes:

Can you really prefix “Green” to the global phenomenon that’s pouring more and more Carbon Dioxide into the Earth’s atmosphere?....Green Capitalism? You might as well speak of Green Cancer. But, if you’re looking for alternatives – why not ‘Man Crusher’? Or, ‘Earth Eater’?

He even speculates that  Green co-leader Russel Norman knows that 'Green Capitalism' is a load of nonsense.

It is a remarkable turnaround by Trotter but not an altogether unfamiliar one. Last year, you may recall, he was championing David Shearer as the future of the Labour Party. Less than two months later he was calling for his replacement by David Cunliffe.

Of course we might get a laugh out of Trotter's ever changing politics but we should also remember that he resolutely  refuses to acknowledge that we socialists might actually be right about a few things.

Although he rightly dismisses 'Green Capitalism' he remains about silent about the alternative - ecosocialism. It is the ecosocialist movement that provides a radical and ecologically friendly alternative  to capitalism.

But refusing to take that final step to ecosocialism,  Trotter's conclusion is a pessimistic one  - 'From the road we’ve chosen there is no turning'.

It is disappointing that Trotter fails to use his position in the media to promote this liberating message. Instead his message is one of despair. If, as Rosa Luxemburg wrote, the choice is either socialism or barbarism it seems that Trotter has chosen barbarism.
Posted by Steven Cowan on Wednesday, May 21, 2014