Home » edward snowden » glenn greenwald » surveillance » YOU ARE BEING WATCHED

YOU ARE BEING WATCHED 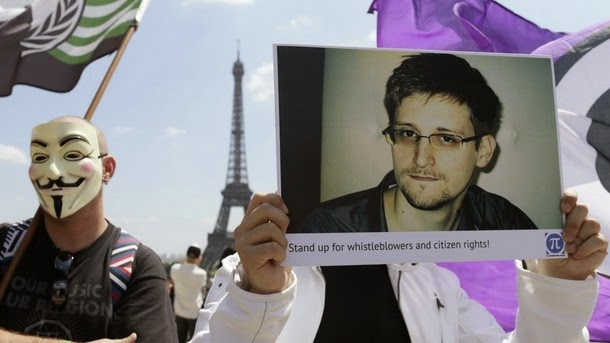 John Key called him 'a loser',  but Glenn Greenwald wants us to know that  "a citizenry that is aware it is always being watched quickly becomes a compliant and fearful one".

NO PLACE TO HIDE: EDWARD SNOWDEN, THE NSA AND THE SURVEILLANCE STATE
Glenn Greenwald (Hamish Hamilton)
The Government, with the support of the Labour Party (apparently still the 'lesser evil'), will pass its  "Countering Terrorist Fighters Legislation Bill' tonight.  It will, among other things, allow for 24 hours of warrant - free  surveillance of anyone suspected of having intentions to fight for terrorist organisations like ISIS.

Glenn Greenwald's book, No Place To Hide, reminds us that, gradually and imperceptibly, even a limited 'representative democracy' like ours  is being squeezed by the demands of the growing surveillance state.

What Glenn Greenwald wants  us to know is that we are all being watched and he makes the point that "A citizenry that is aware of always being watched quickly becomes a compliant and fearful one". In  the pursuit of  perceived threats to national security,  there  is a chilling effect on legitimate dissent and protest.

Greenwald was, of course, in New Zealand prior to the election. The hostility directed towards him by the Prime Minister was instructive.

After he revealed  that large  amounts of data about New Zealanders' electronic communications have been collected and lodged with US spy agency the NSA, John Key rounded on him. He described him as 'a loser' and 'Kit Dotcom's little henchman'.

Yet it is the same John Key who wants us to believe that we no reason to be concerned about the new anti-terrorist legislation. He wants us to believe that the extension of the surveillance state is designed to protect and not control us.We are expected to just trust him. The anger  that he displayed towards Greenwald though suggests again that we have no reason to trust him or his government.

The first section deals with his  first contact with whistleblower Edward Snowden and their subsequent meetings.

The second section outlines what are the main revelations  of the data that Snowden provided and New Zealand is featured, although not in any great detail. That material can be found in the articles that he and Edward Snowden have published on The Intercept website.

New Zealand is  part of the Five Eyes Group, which also includes  the United States, Australia, Canada and Britain. Greenwald  comments that "many of the most invasive surveillance programs are carried out by the Five Eyes partners".

Greenwald also notes that the Five Eyes relationship "is so close that member governments place the NSA's desires above the privacy of their own citizens."

The third section concerns the corporate or mainstream media.

Greenwald was hardly embraced by the New Zealand media  who, like the Prime Minister, were often disparaging about him.  Newstalk ZB's Mike Hosking, doing the Prime Minister's bidding, declared  that there was nothing to Greenwald's revelations about  the involvement of the New Zealand government in  mass surveillance of  its own citizens. He suggested that the issue was not one of mass surveillance but  one of "mass manipulation' by Glenn Greenwald. It was another cheap and fact-free shot from the man who has consistently defended Cameron Slater

TVNZ's Heather du Plessis-Allan was also dismissive of Greenwald. Rather than exploring the issues that he had raised, she also rushed to judgement. According to du Plessis-Allan Greenwald's  appearance  in New Zealand was a "cynical attempt" to influence the result of election. Like Hosking she was also parroting the Prime Minister.

Greenwald's view of the mainstream  media is clear but one  that is unlikely to be ever extensively debated in the mainstream media itself  because such a discussion would press on a number of inflated egos. He observes: 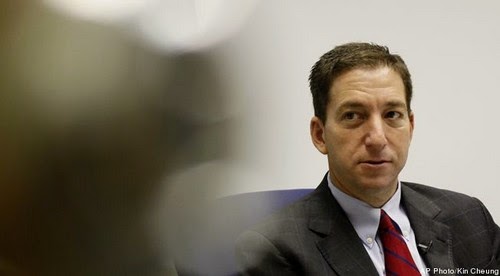 The iconic reporter of  the past was the definite outsider. Many who entered the profession were inclined to oppose rather than serve power, not just by ideology but by personality and disposition. Choosing a career in journalism virtually ensured outsider status: reporters made little money, had little institutional prestige, and were typically obscure.

That has now changed. With the acquisition of media companies by the world's largest corporations, most media stars are highly paid employees of conglomerates, no different from other employees. Instead of selling banking services or financial instruments, they peddle media products to the public on behalf of the corporation.

Greenwald  says that the mainstream media  is anything but a 'fourth estate'. Instead, he says, it has become  wholly  integrated  into the machinery of the status quo  and journalists "act like courtiers" and are more than willing to "defend the system that vests them with their  privileges and contemptuous of anyone who challenges the system."

Greenwald is aware that confronting those who seek  rule us can be intimidating  and that "even the most committed activists are often tempted to succumb to defeatism."

'The prevailing institutions seem too powerful to challenge; orthodoxies feel too entrenched to uproot; there are always many parties with a vested interest in maintaining the status quo."

But he ends on a positive note. His conclusion is not a  new one  but one always worth repeating. It is simple and straightforward; by acting collectively we can decide what kind of world we want to live in. We still have a world to win. I think it is this belief that informs Glenn Greenwald's work and also why Edward Snowden bravely decided to expose what our so-called  'leaders' are really doing, supposedly in our name.