FREEDOM FOR THE ONE WHO THINKS DIFFERENTLY

Former broadcaster and Maori Party candidate Derek Fox thinks that the editor of Charlie Hebdo “paid the price” for his “bigotry” and “arrogance”. The editor of The Daily Blog, Martyn Bradbury, thinks that Fox’s views have “some validity”. 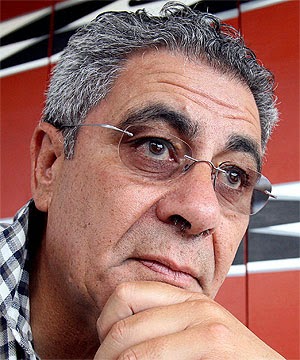 “Some want a full censorship, others a half censorship; some want three-eighths freedom of the press, others none at all. God save me from my friends!”
- Karl Marx

IN AN EXTRAORDINARY OUTBURST former broadcaster and Maori Party candidate Derek Fox wrote on his Facebook page that the editor of French satirical magazine Charlie Hebdo had "paid the price" for his "bigotry" and "arrogance".

"The editor of the French magazine has paid the price for his assumption of cultural superiority and arrogance, he was the bully believing he could insult other peoples culture and with impunity and he believed he would be protected in his racism and bigotry by the French state.

"Well he was wrong, unfortunately in paying the price for his arrogance he took another 11 people with him."

He continued: "Power cultures all like to use the old chestnut of freedom of speech when they choose to ridicule people who aren't exactly like them, and mostly they get away with it."

Fox then lectured that the privilege of free speech brought with it responsibility and ramifications. Obviously Fox, as the self-appointed judge of all that is acceptable and unacceptable, has decided what those “responsibilities" and "ramifications" are.

The ugly beast of identity politics comes into full view. According to Fox it is unacceptable to say anything that might be ‘offensive’ to any identifiable group, be it an ethnic group, a religion, people with a disability, sexual orientation, etc. It might even get you killed. Apparently though kicking off at working class Maori is okay - because Fox does it regularly.

Any form of principled political debate involves criticising ideas, ideologies, social structures, cultural practices and behaviours . By attempting to limit freedom of expression to what is deemed to be "acceptable' means we have no freedom of speech at all. There is no freedom of expression halfway-house where we are meant to tip-toe around subjects and issues that have been classified as 'off limits' for discussion and debate.

It was writer George Orwell who said: “If liberty means anything at all, it means the right to tell people what they do not want to hear.”

The way to deal with offensive ideas is to argue against them and attempt to refute them, not to slam them as "unacceptable".

It seems to me that there are too many people who believe in freedom of expression only conditionally - on the condition that it isn’t used to express views that they find unacceptable or offensive. Such a view is not confined to the right of the political spectrum.

They need to be reminded of what the great socialist revolutionary Rosa Luxemburg wrote: "Freedom is always, and exclusively, freedom for the one who thinks differently.”