I'VE HAD NOTHING TO SAY about the dismal Mike Hosking for several weeks. That's because I simply no longer watch 7 Sharp. I don't need to be insulted every night at 7pm by TVNZ who allow a neoliberal nutter like Hosking a platform for his extremist views.

My television viewing is entirely Hosking free but it is also entirely Duncan Garner and Heather du Plessis Allan free as well. I've basically given up on what both TVNZ and TV3 serve up as 'news and current affairs'.

Apparently there is a petition circulating to have Hosking removed from 7 Sharp. Fair enough. But I also think his co-host, Toni Street, should be shown the door too. She is guilty of being one of Hosking's 'enablers' - like those pathetic creatures on Newstalk ZB who suck up to Hosking everyday.

It's made the news that a former TVNZ staffer, Liz Gunn, has endorsed the petition. Gunn was 'lucky' to co-host Breakfast with Hosking. She quit - on air - in November 2001 and she has written about her 'Hosking experience' on Facebook. Here it is, in full: 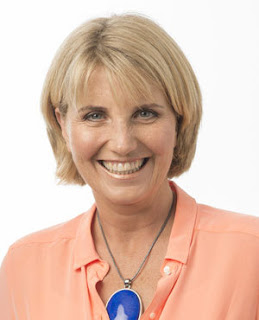 "I remember when I worked with him, he maintained as his mantra, with his now usual level of inordinate pride, the intended-to-be sardonic saying of Gordon Gecko in the original ” Wall St ” movie – namely, that ” Greed Is Good”. He often repeated it off air, with that faux air of Great Authority. We all thought he was joking at first, but he was serious. I started to feel nauseous as I heard it repeated on many days, and as I saw the results of such a perspective in his approach to interviewees, and in his manipulative media pronouncements -now foisted on viewers each evening at peak time, and always aimed at endorsing Neo Liberal ideology.

He has maintained that dire stance throughout his career, admiring those who exhibit the most greed and reviling those who struggle under the weight and demands of the greedy few. When I left TVNZ, I left with the most profound pity for such a desiccated human, so bereft of empathy or compassion for his fellow Kiwis, especially those who are facing difficulty or, God forbid, failure .

The year I did Breakfast with him, he went out of his way to undermine me in every way he could find. My goal became a very simple one…to get in early and sit quietly in that darkened studio and say a quiet resolution – a whispered prayer -asking for help so that I would never react and never sink to his level. That I would maintain my own dignity and never let the hurts show in any overt reaction to his many attempts to humiliate and belittle. It was a year of teeth-gritting, white knuckle survival. A quiet triumph. Every day. Over the passive and overt bullying .

I have never spoken of it in public until now, when it is relevant here, to the issue of the sort of man whom TVNZ have placed in such a position of influence. I used to wonder if he would ever find that point where his lust for money or power could be satiated? If he would ever find authentic, not trumped -up happiness, on that heavy path of the pursuit of “still-more money “? And I wondered too what had shaped a man so lacking in human kindness ? I hope he can one day turn this around.

He always wanted to be Paul Holmes but he never could emulate the real Paul. In spite of Paul’s self -admitted human fallibilities, Paul genuinely cared for people when he saw them suffering . He had a huge heart for Kiwis . Paul himself knew suffering. I wonder if Mike has ever allowed himself to feel that vulnerability? Do those who won’t open to their own pain , risk becoming in-suffer-able? I do not think he is a healthy touchstone for NZ broadcasting. I hope with time and perhaps some of the slings and arrows of outrageous fortune, himself, he can find a more real place, a more human face , a more caring heart for his fellow Kiwis . Until then, I wish for a far more empathetic nightly host to take his place at 7 pm . I endorse this petition ". Liz Gunn

Gunn's Facebook criticisms made it to the Stuff news website.  It published a story under the headline 'Former colleague accuses Mike Hosking of "overt" workplace bullying". But less than two hours later and without explanation, it pulled the story down. It hasn't reappeared.