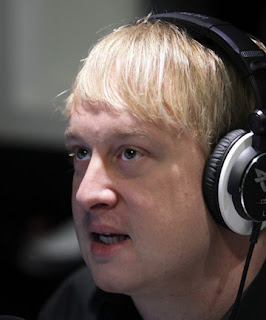 Newstalk ZB's Chris Lynch has a problem with women-only swimming sessions, particularly if they happen to be Muslim women.

I CAN ONLY ENDURE talkback radio in small doses, so I listen to Newstalk ZB's Chris Lynch infrequently - and mostly when I'm doing something else. Nothing he has said on his show has convinced me that he is essential listening. In fact, given some of the stuff he has vomited over the airwaves he's largely best avoided.

In 2015, for example, he argued that some women needed to be forcibly sterilised to prevent them having any further children. Their crime was, apparently, being working class and poor and therefore they were genetically incapable of looking after their children responsibly.

Lynch seems to have a dim view of people who aren't middle class, like him. In 2014 he claimed that poor people were financially irresponsible and spent their money on fags and making unwise donations to their church - a clear reference to the Maori and Polynesian communities. Lectured Lynch:

"Luxury items like cigarettes would be banned from the house, cable television would be cut off, and weekly donations to the local church would cease. Redirect that on the well being of children. Perish the thoughts of personal responsibility."

None of this invective should come as a surprise since this is the guy whose only response to the news that a homeless man had died in a house fire was "good riddance".

On Monday morning Chris Lynch decided to shine his spotlight of enlightenment on our local Muslim community.

Despite the fact that his show is called Canterbury Mornings, Lynch reckoned his conservative audience would enjoy a bit of Muslim bashing. Lynch read the NZ Herald website and decided to get all hot and bothered about the shocking news that the Cameron Pool and Leisure Centre managed by the YMCA in Mt Roskill, Auckland is closed for two hours every Thursday night for Muslim women-only swimming lessons.

In his opinion piece Lynch asks: "Are these gender segregated swimming classes a recipe for integration or backwards step for New Zealand’s social values?" No prizes for guessing how Lynch answered his own question.

On his radio show Lynch thundered: "I’m all for cultural tolerance, as long as it means other people tolerating my culture, and not the other way around."

Lynch didn't elaborate on what his 'culture' entails. Unless he's also bonkers - which, I grant, is a possibility - and he is referring to the great 'Judeo-Christian tradition', I'm guessing he means our dominant secular culture.Regardless, Lynch still doesn't know what he's talking about.

While secularism may be about religion not dominating the state or civil society, it also is about freedom for people to practice their religion - and its cultural dimension - without interference from the state. Secular culture does not demand cultural uniformity but is big enough and accepting enough to embrace the diversity of religions and cultures that exist within our community. 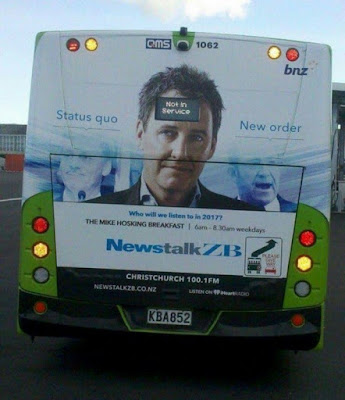 Lynch's reactionary view though is that 'other people' -i.e. Muslims - should bow in humble obedience to his culture. All his talk of 'tolerance' cannot disguise what amounts to Islamophobia. How else can you interpret Lynch's description of a "religious odor entering public pools at the expense of non-believers"?

It's absolutely absurd for Lynch to claim that women-only swimming sessions amounts to the imposition of Sharia law - which Lynch mistakenly describes as 'Sharia code'.

Incidentally the Muslim women-only swimming sessions are actually open to all women. The NZ Herald reports that they are popular with women who , "for a variety of cultural, religious and health reasons, feel more comfortable swimming in a relaxed female-only environment."

So Lynch is also wrong to suggest that the women-only swimming sessions are based primarily on a religious motivation. I can imagine, for instance, they would be popular with women who are traditionally modest or perhaps have a concern with body image.

In an age when an American president wants to impose an immigration ban on Muslims and when a more pronounced racism has reared its head throughout the world, strong public support for diversity and acceptance is a necessary antidote. And we can all play our part, however small. In defending diversity within our communities, women-only hours in community pools should be supported and celebrated - not attacked. It's disappointing that Lynch has chosen to use his position in the media to whip up anti-Muslim sentiment.

Update 19 March 2019 : The Spin Off website reports that, in the aftermath of the Christchurch terrorist attack,  Chris Lynch's anti-Muslim tirade has been deleted from the Newstalk ZB website. Reports Spin Off: "When asked what prompted the removal, Jason Winstanley, head of talk at NZME, said “we removed the article as it was upsetting people”. WhenListener journalist Donna Chisholm pointed to the column after Lynch appeared on CNN, Lynch replied: “Being critical of religion is part of democracy. However, these awful events has certainly given me pause for thought.”