POWER TO THE PEOPLE? NO THANKS, WE'RE LABOUR 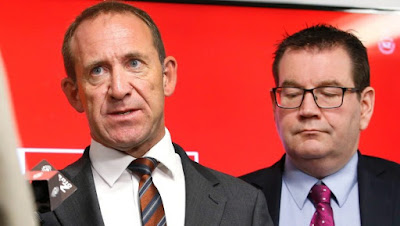 Andrew Little and Labour might be prepared to assist people pay their escalating power bills, but this merely treats the symptom of the underlying problem - a market-driven energy industry that has failed to provide affordable power for consumers while racking up huge profits for its shareholders.

IT HAS BEEN estimated that a quarter of all New Zealand households are affected by fuel poverty with the price of electricity being the main driver.

So an enormous number of people, struggling under the weight of exorbitant power demands, will no doubt welcome Labour's policy announcement that it will assist them to pay their bills. If elected in September Labour says it would introduce a scheme, beginning in 2018, that would provide a $700 power subsidy for couples and parents with kids at home, and $450 for single people.

It would certainly help ease the economic pain and make the winters a little less onerous. Labour have travelled a little way from the days when a former energy spokesperson, David Parker, argued that the skyrocketing increase in power prices was due to a lack of market competition.

The proposed subsidy though is an unstated recognition that the market has failed to deliver affordable power prices and a Labour Government, in effect, would be stepping in an attempt to ameliorate some of the social misery resulting from the high price of electricity.

But, in the end, Labour's continued loyalty to the market means that this policy does not go far enough. It treats the symptom - sort of - but leaves the underlying problem untouched. Much more fundamental measures are required.

It's British counterpart recognises this. While U.K Labour intends to maintain a winter fuel subsidy and introduce an immediate cap on power prices, it also wants to bring the power industry under democratic control.

Labour's 2017 manifesto is unequivocal about to need to bring the power industry back into public ownership in order to "to deliver renewable energy affordability for consumers, and democratic control." It also wants to encourage the development of regional not-for-profit energy providers owned by local communities and by local councils.

It is time, U.K. Labour say, that the energy industry was accountable to the people of Britain- not a small group of shareholders.

Such an innovative energy policy though lies beyond the narrow ideological framework that New Zealand Labour operates within. Presumably its one of those Jeremy Corbyn policies that finance spokesperson Grant Robertson declared would not necessarily work in New Zealand and, anyway, might not be popular.

But given that Labour are now languishing at a paltry 26 percent in the polls less than three months out from an election, it is more than obvious that it is Labour's stubbornly centrist policies that are actually failing to excite the electorate.