THE OPPORTUNISM OF CHRIS TROTTER 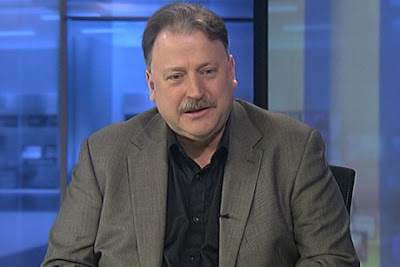 In February he was praising Labour leader Andrew Little's 'broad church' strategy' - now he's attacking it. Welcome to the shifting and opportunistic politics of Chris Trotter.

IT WAS ONLY IN February this year that conservative columnist Chris Trotter was praising Labour leader Andrew Little and his strategy of embracing the centre ground and supposedly widening Labour's appeal. At the same time he admonished those who did  "not like the idea of the party once again becoming a “broad church”. He was, at the time, referring to Labour Party members who did not approve of the selection of Willie Jackson as a Labour Party candidate.

He even went as far as to claim that Labour's small rise in the opinion polls could be put down to Little's cautiously centrist strategy and the rise would of been even more if not for the activities of “discontented party activists" displaying "rank disunity and ideological extremism".

I responded to Trotter here.  I wrote:

But since Trotter's wholehearted endorsement of Little's 'broad church' strategy there has been a general election in Britain and a decidedly un- broad church Labour Party has achieved the kind of electoral success that its critics claimed was out of reach of a "extremist" left wing party.

I've pointed out some of the many inconsistencies, contradictions, flip-flops and, frankly, downright falsehoods of Trotter's politics over the course of several years, so I'm not surprised that he's now had another apparent change of heart about Andrew Little. This is the kind of political opportunism that Trotter is notorious for.

Instead of throwing bouquets at Andrew Little, Trotter is now tossing brickbats. In The Press he writes:

"... Whether it be the party's pledge to uphold a self-imposed set of Budget Responsibility Guidelines, or, it's latest promise to excuse the farming community from its responsibility to protect the natural environment, the NZ Labour Party's key political strategy appears to involve anticipating how high the bosses will expect them to jump – and then training hard for the event.

Corbyn's immensely popular election manifesto was entitled (with a nod to Shelley!) "For the Many – Not the Few". In fine antipodean style, Little has turned Corbyn's winning formula on its head!"

Although I'm not making any promises, I possibly might be so critical of Trotter if his new opinion of Andrew Little represented a serious effort by him to re-evaluate his continued loyalty to Labour and come to a recognition that Labour represents a roadblock in the way of developing a new politics that gives voice to the increasing discontent with the status quo.

But if his past history is any indication, there will be no such serious re-evaluation. Without a trace of embarrassment, he will again soon be plugging the cause of Labour and urging a disenchanted and discontented electorate that they must vote for it in September. Such a call will certainly go ignored by the 'missing million' who no longer vote, fed up with the so-called choices on offer and more than likely heartily sick of The Commentariat, represented by people  like Chris Trotter, trying to feed them bullshit.