FREE PUBLIC TRANSPORT FOR ALL! 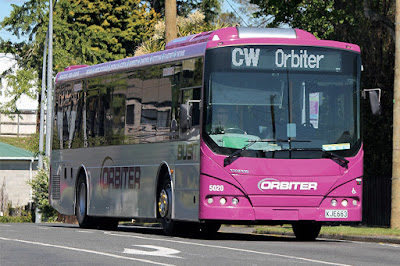 The Green Party thinks investigating free limited public travel for community card holders is a good idea - it isn't. What we really need is free public transport for all.

THE GREEN PARTY, having meekly agreed with the Government that core benefits should not be increased, have added insult to injury by trumpeting the underwhelming pre-budget news that $4.5 million will be spent investigating whether its feasible and practical to implement free off-peak  travel for community card holders. So, in true Yes, Minister fashion, a committee will be established to scope the parameters of such a proposal and it will report  back at back some indeterminate time in the future. I imagine that most of the $4.5 million will be consumed by the consultancy industry.

When what is really required is a significant lift in benefit levels, as the government's own welfare working group recommended, the announcement of possible free bus travel is small beer indeed. For Green co-leader Marama Davidson to claim that it 'would make a huge difference to people's lives' is an exaggeration. What really 'would make a huge difference in people's lives' is a significant increase in benefit levels. The welfare working group recommended that benefits should rise as much as 47 percent - that's an indication of much they have fallen behind the ever-rising cost of living. But Marama Davidson and the Green Party chose not to support the recommendation. A free bus ticket or two occasionally is no recompense.

This announcement is also dangerous tokenism because, if implemented, it will open up beneficiaries to further accusations of 'leeching' off the system. The usual suspects will be more than willing to indulge in some more beneficiary bashing. Free public transport for some, however limited, will be inevitably be regarded as an expense by others.