THE PERSECUTION OF RACHEL STEWART 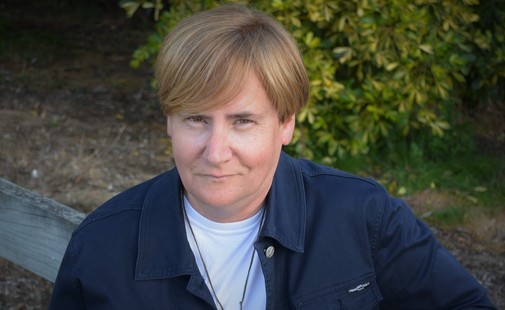 Rachel Stewart is a consistent supporter of progressive politics. But her political opponents, who claim left wing credentials themselves, want to see her sacked as a columnist for the NZ Herald. Her crime? Daring to disagree with them...

RACHEL STEWART is one of New Zealand's more progressive journalists working in the mainstream media today. Her journalistic career is testament to that. She has never flinched going against the current of perceived popular opinion.

Over the past decade or so she has been a trenchant critic of the dairy industry and the considerable damage it has - and is - inflicting on the New Zealand environment. While the mainstream media seemed almost in awe that Fonterra was the fifth biggest dairy company in the world, Rachel was writing about the pollution of our waterways by an industry that was being allowed to expand unchecked because it was 'good for the economy'. It wasn't a stance that made Rachel many friends not only in the dairy industry but also among its 'enablers' within the political establishment. But courting popularity among the 'movers and shakers' has never seemed to be one of her priorities.

Her determined scrutiny of the dairy industry was recognised by her peers in 2016 when she picked up the award for Best Opinion Writer at the Canon Media Awards.

The dairy industry has not however been her exclusive concern and she has progressively widened the scope of her work to embrace other issues. In 2017, for example, she wrote a column that concluded that New Zealand's representative democracy was neither representative or democratic. Her criticism that it had been captured by corporate interests was also criticised by the 'great and true' defenders of establishment politics. That included  Labour Party-friendly columnist Chris Trotter who wrote that her column 'wasn't one of her best' suggesting that she had an 'evident lack of understanding of her own country’s democratic system." I wrote a response to Trotter's rather patronising comments.

But it is the existential issue of our age, climate change, that has been preoccupying Rachel in recent times. Like an increasingly number of us, she is alarmed at how little governments around the world are doing to effectively combat a crisis that threatens to bring us all down. But ,unlike most journalists and commentators in the New Zealand mainstream media, she has not been slow to point the finger of blame for the crisis at an economic system that is chewing up the planet, driven by an inherent need to accumulate ever more capital. She has been scathing of the Labour-led government's foolhardy belief that the very economic system that is destroying the planet can be harnessed to actually save it instead. She certainly has no illusions about the dangerous and quixotic fantasy that is 'green capitalism'.

Despite her worthy political credentials, Rachel has found herself the target of a sustained vitriolic campaign to discredit her. This campaign has rolled on relentlessly over recent months and it has now reached the stage that some are Rachel's more vociferous opponents are campaigning to have her silenced in the media. Instead of debating the issues she raises, they just want to shut her down.

While Rachel has shrugged off the constant attacks as 'just another day at the office' she has been the target of what has been amounted to a campaign of cyberbullying designed not only have her removed as a columnist for the NZ Herald but also to drive her off Twitter which she uses on a daily basis. It has become an increasingly vicious campaign that has only served to betray the arrogant authoritarianism of those who have engaged in the attacks. Ironically, it is a campaign that has been conducted by individuals who like to describe themselves as 'progressive' or even 'left wing'.

The conflict with Rachel Stewart stems from her  opposition to individuals being  able to change the details of their sex as registered at birth. She also objected to be described by Labour MP Louisa Wall as a 'trans-exclusionary radical feminist'. Rachel wrote:

"TERF stands for 'trans-exclusionary radical feminist' and is used as a way of denigrating any woman who questions the current craze of people – overwhelmingly men - who say they were born into the wrong body. Basically, it's a derogatory and offensive label and is used to shut down debate on the fraught subject of transgender rights."

The column concerned was subject of a complaint to the NZ Press Council. The complaint was partly upheld. In its ruling, the Press Council stated that Rachel's assertion that American transgender groups were funded by Warren Buffett and George Soros and  because 'investors want to help normalise the altering of basic human biology, and Big Pharma stands to make a fortune. It's already started" was not based on any supporting evidence and upheld the complaint of inaccuracy.

However the Press Council did not uphold the complaint of discrimination commenting "that it is the function of free media in a democratic country to provide a platform for the expression of views reflecting strongly held convictions and for the debate about them, even if some of those views are expressed in a way that is offensive, disrespectful, or extreme by many people's standards.'

While the Press Council says Rachel was guilty of journalistic inaccuracy - a judgement she has not disputed - her opponents have not been able to agree with the Press Council's views on the functions of a democratic media and  continue to want to see her views suppressed.

Labour Party-friendly blogger and commentator Morgan Godfery has called for her axing from the NZ Herald. 'She needs to go." he has tweeted. ' She shouldn’t have a place in public life.'

Just to underline his distaste for Rachel's views, Godfery  this week blocked her on Twitter. Join the club, Rachel. This writer was blocked by Godfery several years ago after he objected to me calling out his sycophantic support for the Labour Party. I haven't missed his 'insights' which he once tried to sell for a $60 yearly subscription.

Another member of the Labour-supporting Twitterati, Sara Hendrica Bickerton, says that she will not pay to have the newly introduced paywall of the NZ Herald removed 'till at the very minimum Rachel Stewart is no longer in employ there.'

Meanwhile Chloe Ann King, a longtime advocate for union and workers rights, apparently has no regard for Rachel's rights as a worker and thinks that NZ Herald paywall "is an opportunity to fund better journalism and demand hate merchants like Rachel Stewart, be relegated to the trash pile.'

And on it goes. Some people however, like Moana Maniapoto, have defended the NZ Herald columnist. She has criticised Morgan Godfery for wanting 'to muzzle one of the staunchest voices for environmental & climate change activism around..'

The campaign against Rachel Stewart, in the end, has only served to feed the right - people like Mathew Hooton for instance. They have been more than ready to point an accusing finger  at  the left's perceived authoritarianism and intolerance. They imply that its implicit in the left's  attempt to deny Rachel's right to express her opinions while also trying to stifle debate - not to mention the continuing effort being made to stigmatise her as reactionary and intolerant.

That the exponents of identity politics are not representative of left wing politics in general hardly seems to matter. We all get smeared with the same brush. My politics have very little in common with the insipid liberalism of Morgan Godfery but the right would like to brand me guilty by association.

It seems that the more obsessed that activists like  Morgan Godfery and Green MP's Marama Davidson and Golriz Ghahraman become with identity politics the less willing they are to engage in reasoned political debate.

What has replaced debate is an attempt to suppress debate. There has been an on-going attempt to bully people with contrary views into submission. Only those with an approved identity status - or the correct approved views - are allowed to express an opinion. This staggeringly intolerant view was highlighted for me recently when Green MP Marama Davidson objected to columnist Chris Trotter expressing his views - which were perfectly reasonable - on the Christchurch massacre. His crime? Not being the right skin colour. She advised Trotter that he just 'needed to stay quiet and listen' - presumably to people like her, the same woman who stood up in Parliament and praised Finance Minister Grant Robertson's first budget and which announced the continuation of austerity.

It seems to me that we should be thinking about the common good in non-identity terms and that means inviting people with different views from our own to join the common struggle. But the retreat from a class-based politics and having a message that appeals to the same class interests has been supplanted by a view that sees politics as a battleground between different identity groups. As someone who supports a class-based politics I can only despair when I see someone like Rachel Stewart, both left wing and an ally of the left, being attacked as an enemy of the left  by people who, in reality, have very little in common with the left beyond the centrist politics of the  Labour Party.  They certainly don't speak for me.