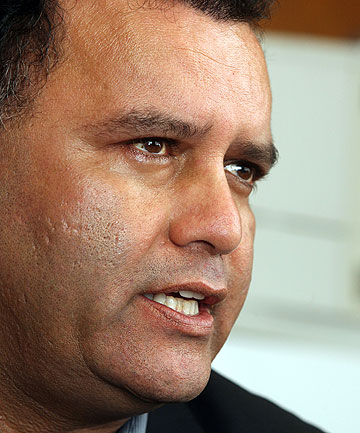 Matt McCarten says the liberal left has not only abandoned the working class, it has become its opponent.

IN A PODCAST INTERVIEW with Dane Giraud of the Free Speech Union, veteran unionist Matt McCarten took aim at an liberal left which he says has become disconnected from traditional working class concerns.

While this is generally regarded as a swing to the populist right, McCarten views it as an issue of working class displacement. He says that while it was the working class that built the left and the New Zealand Labour Party, he says it  has been replaced by a liberal left not interested in challenging the neoliberal status quo. McCarten clearly views it as an impostor that has betrayed working people.

'I say that if people don't have the security of being able to make a living, the dignity of work, to pay the bills - that's the real problem. The people I work with and try to support are just one paycheck from being tossed out on to the streets. That's what focuses their minds and the liberal left in paid, salaried and safe jobs don't understand this.'

The result is that a vulnerable working class, prey to the wolves of neoliberalism, has effectively been abandoned by the liberal left.  McCarten, a former Chief of Staff for the Labour Party, will only go as far as describing liberal lefties as 'wankers', but its obvious he 's talking about most of the parliamentary politicians representing the Labour Government and the Green Party.  Somewhere in the interview he comments that he doesn't care what people think of him and adds that he has been threatened with defamation proceedings five times in the past month.

'Once the left used to say it was on the side of the poor, working people,' he says. 'Now the talk is about race or gender or sexuality or immigrant rights. These are the issues at the forefront of the liberal left. But the economic struggle of working people -whether  they be white, brown, disabled, immigrant - has got lost in all of this. The left used to focus on economic fairness and fought against an unequal and unjust society but that has all been replaced with arguments about bathrooms. I don't engage with this silliness.'

McCarten has long pointed to the absence of any substantial policy differences between Labour and National and their shared loyalty to 'the market'. And while the neoliberal status quo has consigned working people to poverty, unemployment, casual and insecure work  and low wages there has been little response from a liberal left that is more interested in getting Pakeha workers to attend  courses where they can apparently come to terms with their own inherent 'racism'.

McCarten: 'Even when workers complain they are told to shut up- because they are supposedly ignorant. So when someone goes out of their house in the morning and see people who don't look like them buying houses in the neighbourhood, they are not allowed to have an opinion because they are told they are being racist. But, you know what? Its real. And suddenly the left is no longer on the side of the working class, instead they heckle working people. They are told they are racist, anti-immigrant, anti this, anti-that.'

In the view of a smug liberal left if you don't measure up to its standards then you are just plain wrong. As Catherine Liu observes in her book Virtue Hoarders, this is the politics of people who think 'they have the ability to do ordinary things in extraordinary, fundamentally superior and more virtuous ways.' This is the self-referential politics that pervades media organisations like TVNZ, RNZ and Stuff. According to TV1 Breakfast host Jenny-May Clarkson we're all 'on a journey'  - whether we like it or not.

McCarten also points to something that has become ever more obvious - the authoritarian streak that runs right through the liberal left. When the left, historically, has always been a champion of free speech, the liberal left thinks its an luxury we don't need. It has resulted in campaigns to deplatform both individuals and groups. Their crime has simply been to disagree with the liberal left.

Matt McCarten says that freedom of speech should not be an issue of left wing and right wing politics but an issue of democracy: ' Its about being able to freely engage in debate, in conversation. You must be able to debate ideas that some people might find  uncomfortable. That's how ideas are challenged. But some people equate being made to feel uncomfortable with hate speech. But they are two different things.'

The full interview with Matt McCarten can be heard on the Free Speech Union podcast, available on all the usual platforms.