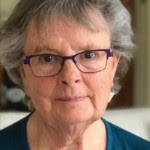 We republish the opinion piece, ‘Solutions that are Fair to Everyone’, that Jill Abigail wrote for the Spring issue of Te Awa and which was removed by the Green Party hierarchy. Green co-leader Marama Davidson has claimed that the article is ‘transphobic’.

I AM WRITING a personal response to Jan Logie’s words in the last Te Awa, where she says: “We continue to push for progress on LGBTQI+ freedoms, and resist the backlash that’s trying to undermine our trans and gender diverse whanau and roll back their hard-won rights”.

Who is the “we” in this statement? Is it the Rainbow Greens? I am a lesbian, supposedly under their umbrella, but I am part of the backlash. Is it the whole Green Party? I am a long-time Greens member, but I am part of the backlash. If the Greens caucus is acting on policy that feelings of gender identity over-ride biological sex, then some of us older feminists in the party have strong concerns about its implications.

Transpeople are a vulnerable group that until recently has been excluded from general consideration and now justly claim their right to be treated with equal respect. However, the hard-won rights Jan alludes to include those of male-bodied transwomen to be treated just like natural women and allowed to enter any space or role designated as females-only. Trans rights activists argue that if a man says he feels like a woman, he is one. Women must accept him as one of them, even when he retains his male bodily features.

Many feminists are concerned to protect the sex-based rights of women and girls, whose disadvantaged position under patriarchy is based exactly on our biology and whose primary problem is male violence. Hence sex-based rights include the right to female-only spaces and activities. But feminist analysis of patriarchy seems to be completely lacking in gender ideology. Indeed, feminists who have worked for decades to achieve the rights now enjoyed by younger women are being vilified.

I am horrified by what is happening overseas: the shutting down of free speech; the silencing and abuse of academic experts; young children being taught they can be in the ’wrong’ body, thus reinforcing stereotypes; women’s refuges and rape crisis centres no longer safe sanctuaries; lesbians being accused of transphobia if they insist on same-sex relationships; malebodied athletes entering women’s sports and taking the prizes; the very language changing to erase females/women, in the name of ‘inclusiveness’.

In New Zealand, meeting venues and publicity have been denied to gender-critical feminists, who are accused – sometimes very violently – of hate speech. The Abortion Law Reform Association now speaks of “pregnant people”, not “pregnant women”. Wellington Lesbian Radio has changed its name because ‘lesbian’ is not “inclusive”.

Most serious of all is the medicalisation of children. I recently met a woman who had taken her 11-year-old daughter to a doctor because of a sore throat. The daughter is a tomboy, with short hair. The doctor asked the mother if she wanted the girl to go on puberty blockers. An 11-year-old goes to the doctor with a sore throat and is given a suggestion of puberty blockers?

Gender-critical feminists have allies among some transpeople themselves, who see this ideology as a misogynist, homophobic, men’s rights push. No previous extensions of human rights for new groups have involved taking away the rights of others needing protection. It would be progressive of the Greens to be working for solutions that are fair to everyone, rather than reinforcing the current divide.
Posted by Steven Cowan on Saturday, September 07, 2019