A TALE OF TWO LEADERS 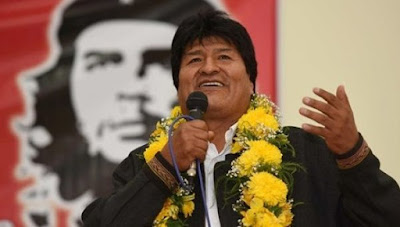 IF JACINDA ARDERN was ever going to be the 'transformational' political leader that she claimed she would be during her election campaign, it would of involved her refuting her own nine years of quietly sitting on the opposition benches and not rocking the boat. That, of course, hasn't happened and maybe the  Labour Party has been sending out flashy leaflets outlining all of Ardern's 'achievements' to try and counter what political scientist and commentator Bryce Edwards has observed  in the Guardian is '..a rising tide of cynicism at home whether her actions meet her rhetoric'.

At the United Nations and on the world stage, she failed to provide any convincing evidence that she wasn't just another centrist politician. Indeed she told the United Nations that free trade was the solution to climate change. It drove Bryce Edwards to comment that 'Ardern’s performance in New York is not going to be enough to assuage the uneasy feeling that for all Ardern’s claims to be different, it’s very much business as usual.'

But it wasn't 'business as usual' for President Evo Morales of Bolivia. While Ardern has been boosted by the mainstream media as one of 'a new breed of politicians' (New York Times), it was Morales who shook the tree at the United Nations. Given the nature of speech it has largely been ignored by the corporate media.

While the establishment-approved Ardern was feted by the rich and powerful and made a guest appearance on The Late Show with Stephen Colbert, there wasn't such an open embrace for Morales.

He delivered a scathing attack on capitalism. He told the United Nations that capitalism was at the root of all the planet's major problems including 'climate change, inequality, hunger, poverty, the migration crisis, unemployment.'

While Jacinda Ardern spoke of the 'economic opportunities' that global capitalism offered, Evo Morales told the United Nations that, under capitalism, '“it is intended to commercialise everything to accumulate more capital” . 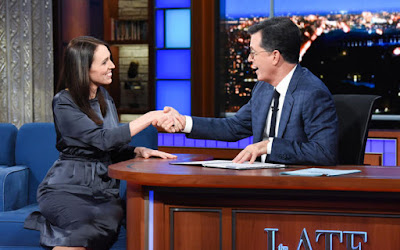 'The underlying problem is in the model of production and consumerism, in the ownership of natural resources and in the unequal distribution of wealth,' he said and added that the reality of 26 people having  the same wealth as 3.8 billion people was 'unfair, immoral and inadmissible.'

He also attacked the United States for interfering in the domestic affairs of Latin America. He said that when he took office in 2006 'we found a CIA office in the Palace.'

'The United States works against any nations that reject the capitalist model. When one person works for equality, for social justice, he is persecuted and conspired against by some groups. By groups not interested in equality of humanity.Here, it's the fight between rich and poor, capitalism versus socialism ... capitalism is the worst friend of humanity.'

When Morales came to power tens of thousands of square miles of land was deemed unproductive or illegally held, and was redistributed to landless peasants. His government also nationalised
the natural gas, oil, telecommunications and electricity industries as well as steeply increasing social spending. Money has poured into welfare programs and building roads, schools, and hospitals.

In a new report The Nation comments that 'Bolivia’s movement toward socialism has defied right-wing predictions of food shortages, labour camps, and the collapse of private life..'