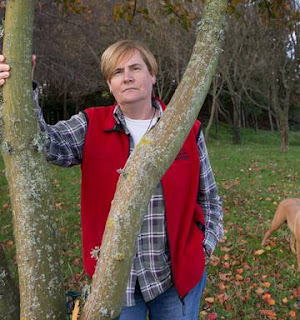 Rachel Stewart was voted New Zealand's best opinion writer at the Canon Media Awards in 2016. She was one of the few writers in the mainstream media who was covering the environmental damage caused by the dairy industry. In recent years she has focused on the existential danger that we are confronted with by climate change but she has also found time to write on such issues as the decline of New Zealand's democracy.

Rachel has now resigned as a opinion writer for the NZ Herald after the newspaper declined to publish her column on Massey University's reaction to Feminism 2020. This is the column. Unlike the NZ Herald, we think you have the right to read it.

IT SEEMS far-fetched that the mere hiring of a Massey University venue by a feminist organisation could cause so much indignation and rage, but these are not typical times.

A bunch of females getting together within a public space to discuss the issues currently affecting them is far from new, and very far from radical.

Yet, the idea that ‘Feminism 2020’ would dare to congregate at a venue on Massey’s Wellington campus saw a number of students stage a sit-in, which culminated in the handing over of a petition calling on the university to cancel the event.

What is so threatening about women coming together and talking? According to the protesters and petitioners, the organisers of the event – Speak Up for Women – are essentially devil incarnates.

Petition organiser Charlie Myer said the university shouldn’t be “facilitating this kind of discussion”. Feminism 2020 “could have [the event] anywhere” but it wasn’t appropriate for them to hold it at a university, which was supposed to support transgender students.”

Last time I looked universities were required to respect and uphold the quaint, old-fashioned tenet of free speech too. And Massey has, thus far, held out against the pressure of every thrown guilt trip known to mankind. You know, we don’t feel “safe”.

Myer also disputed the group was feminist and simply meeting to discuss women’s issues. “If your feminism isn’t intersectional, it isn’t feminism.”

Don’t you just love it when men tell women what feminism actually is? I find it adorable. Like a possum in my pear tree. So endearing.

Another endearing move was to then see the spokesperson for diversity and inclusion accreditation business Rainbow Tick Martin King say that if Massey did not cancel the event it was likely it would trigger a review of its accreditation.

The spectre of losing their Rainbow Tick must be downright scary for them. I mean, since students are now their financial customers, Massey naturally wants to keep the client happy at all costs.

But back to ‘Speak Up For Women’ and their apparently devilish ways. Why do some students so feverishly want them cancelled lest they be “harmed” by their words? Of course, you’d think simply not attending would put paid to that, but I’m being far too logical.

No. These students believe that no one should be allowed to discuss, debate, or hear the reasons why many women are concerned about an amendment (currently on hold) to the Births, Deaths, and Marriages Registration Bill that would allow a person to change their legal gender by simply signing a declaration.

The group formed because they were legitimately concerned the amendment would prevent women from excluding men from changing rooms, bathrooms, women’s prisons, women’s shelters and any other women and girls-only space. In a nutshell, they don’t agree that trans women are women just because they say they are.

The group supports the current law, which allows a person to change the sex on their birth certificate if they go through certain steps – specifically applying in writing to the Court and obtaining a medical sign-off from a doctor.

They also make it clear they support the rights of transgender people to live without violence and discrimination.

However they don’t agree that trans women should be allowed to compete against natal females in sport. In their view, it’s not a level playing field.

Now, what’s so heinous about that? Why does holding such views mean they should be de-platformed, cancelled, and marginalised?

Eerily, many of the organisers and some of the speakers are lesbian so why would the ‘L’ part of the LGBTQ be considered such a threat to organisations such as Rainbow Tick? Is the imperative of ‘diversity’ no longer extended to lesbians? Or feminists – regardless of their sexual preferences? Good ol’ intersectionalism strikes again! It’s a conundrum.

And therein lies the problem with intersectionalism. The manic race to win the title of ‘most oppressed and marginalised group’ sets up a spiralling vortex of ever-tightening circles of meaninglessness.

Will there be protests if the event goes ahead? Will the protesters consist mainly of male activists telling those women to shut up? Because that’s the rub for me. Seeing men shouting women down via megaphone, rattling windows, banging doors and generally screaming at them, reminds me why I’m a feminist all over again.

Tactics like these are being employed in Britain and the U.S. and where they go, we tend to go. If similar methods are on show at the ‘Feminism 2020’ event, it’ll be quite the statement.

Why is it that some men are angry, abusive, and disruptive around such incredibly important issues to some women? What’s driving their need to shut women up? Why is free speech good for the gander, but not so welcome from the goose?

When did an open discussion by women about women’s rights become so threatening?

Actually, more to the point, when didn’t it?