FREEDOM OF SPEECH UNDER ATTACK, AGAIN 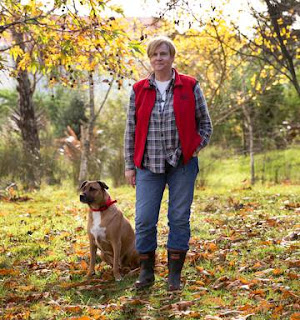 Rachel Stewart's resignation from the New Zealand Herald is a blow for progressive politics, but there will be some so-called 'progressives' who will be celebrating her resignation.

IF THE RIGHT WING Mike Hosking decided, for whatever reason, that he no longer wanted to write a opinion column for the New Zealand Herald, only a few would bemoan his departure. Many of us though would throw party streamers into the air. But that joy would be tempered by the awful realisation that there would inevitably be another cheerleader for the political establishment more than ready to take his place.

But it is a cruel blow for progressive politics when one of the mainstream media' s few genuinely left wing opinion writers - as opposed to being a supporter of the Labour Party or the Green's - has been forced to resign from the New Zealand Herald. This is a newspaper Rachel Stewart has contributed to for some nine years and her work was recognised in 2016 when she won Best Opinion Writer at the Canon Media Awards.

Her decision to resign wasn't the result of a temper tantrum, although I'm sure some of her political adversaries will try to characterise it that way. Rather, it was a principled decision based on the fact that her newspaper decided that her column wasn't fit to publish. When the rubber hit the road, the newspaper wasn't prepared to back Rachel.

The editor of the New Zealand Herald put Rachel in an untenable position. If she had chosen to carry on it would of been meekly accepting that the newspaper was right to insist on major changes to her column and hold up publication as a consequence. She was simply not going to accept that and shame on the New Zealand Herald for putting her in a position where she felt that resignation was her only option.

Rachel's column has been published on this blog and elsewhere, so the newspaper's effort to suppress it have been futile, just as was the attempt by Green co-leader  Marama Davidson to suppress Jill Abigail's column for Te Awa. As the authoritarian-inclined among us quickly discover, people don't take kindly to being told what to think.

Read the column. It isn't defamatory. It isn't hate speech. You can agree with it if you want to. You can also disagree with it. That's the way it works. But Rachel Stewart's opponents, like Green Party MP's Marama Davidson and Golriz Ghahraman, and RNZ National contributor Morgan Godfery, think that you should be able to say what you like, so long as they agree with you.

This attitude, driven by what has become known as 'the woke left' ,is having a huge and adverse impact; on radio and television, in newspapers, in the arts and on university campuses. Those who dare to disagree with the 'approved' politics , like Rachel Stewart, Jill Abigail, or the organisers of Feminism 2020, find themselves the subject of intimidation. The weak among us, like Massey University and the editor of the New Zealand Herald, raise the white flag of surrender.

At a time when the political views of the mainstream media are becoming increasingly conservative, it is a sad and disturbing fact that there will be those among us who describe themselves as 'progressive' or 'left wing', who will be celebrating Rachel Stewart's resignation. Morgan Godfery, who earlier this year called for her public voice to be silenced, will no doubt be whooping it up.