CLIMATE CHANGE ACCORDING TO THE GOVERNMENT 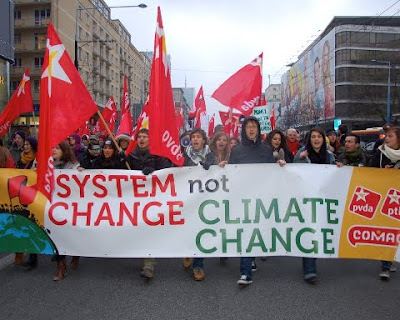 The new Climate Change Learning curriculum for schoolchildren does politicise climate change, but not in the way the climate change denialists say it does.

CLIMATE CHANGE DENIALISTS have not been slow to accuse the Labour-led government of 'politicising' climate change with its new Climate Change Learning curriculum for schoolchildren. Talkback host Sean Plunket took Climate Change Minister James Shaw to task on his show on Monday and on Tuesday invited Louis Holbrooke from right-wing lobby group the Taxpayers' Union on to his show on Tuesday so they could bash the scheme together. Meanwhile, Plunket's Magic Talk colleague and fellow climate change denier Peter Williams also attacked the scheme for 'politicising' climate change. This is the same Peter Williams who also this week has been denying that the devastating Australian bushfires have anything to do with the planet heating up.

But the denialists are right in their observation that this course does 'politicise' climate change, only not in the way they argue. They reject climate change is a science and argue that it is merely the ideological project of a whole lot of lefties, liberals and mad scientists. According to the increasingly hysterical Sean Plunket, its all part of the same 'wokeness' he berates almost on a daily basis.

Like the Christian fundamentalists who want 'intelligent design' taught in American schools to provide a contrary view to the science of evolution, the denalists would like climate change denialism taught to New Zealand children. That seems to be the position of ACT MP David Seymour who says the curriculum doesn't allow the kids to 'debate' climate change and says that it will lead to the suppression of 'opposing views'.

Climate change denialism though is motivated by political ideology and not science. It has its roots in its support for neoliberalism and the 'free market' and opposition to anything that even hints of government regulation. Its no surprise that the likes of Plunket, Williams and David Seymour also share a general hostility for liberals and the left generally.

But beyond the madness of the denialists, who are much smaller in numbers than their clamouring and loud voices suggest, there is almost universal consensus among climate scientists about the validity of the science. The science is incontrovertible and we only have to look around the world to see what impact the heating up of the planet is having on the planet.

While the science is not in dispute, except from those who have abandoned rationality for ideological zealotry, we can dispute the approach this course takes. That's because it feeds right into the Labour-led Government's agenda that an environmentally-friendly capitalism is possible. Despite the equally incontrovertible fact that our economic system's insatiable need for ever more accumulation and ever more profit is at the root of our climate crisis, this course never attempts to explain how capitalism is impacting on the planet. It doesn't take on board for instance, the criticisms made by those proposing a Green New Deal, presumably because it too rejects the free market model.

The course hints at the impact of capitalism, with a reference to the Industrial Revolution and a link to a short four minute YouTube in which the young activist Greta Thunberg talks abut the environment being sacrificed so a small number of people can make even more money, but that's as far as it goes. It doesn't include any references to Greta calling for 'system change not climate change'. Indeed, it rather undermines Thunberg's more revolutionary message with the patronising comment that 'at a young age, she became interested in the environment and convinced her family to adopt a sustainable lifestyle'. I'm sure Climate Change Minister James Shaw would nod his head in approval at this description but it is a misrepresentation of Greta Thunberg's political views.

While the climate change denialists fear this curriculum will lead to a whole new generation of political activists marching in the streets, the activism being promoted by this course is of a rather more benign nature. We're talking lifestyle activism here. This course suggests that we can fight climate change through such measures as reducing electricity use, eating less meat and diary, shopping locally (great for domestic capitalism!)  buying second hand and recycling. None of this is going to encourage the kids to demand system change not climate change - they are going to have to arrive at that conclusion themselves at some stage. This course suggest its all about reducing our carbon footprint within our present political and economic arrangements. This, of course, dovetails nicely into the Government's agenda of carbon neutrality by 2050. The young people marching in the streets and involved in various activist groups know we don't have anywhere near thirty years to get our act together, but they won't be teaching that reality in the schools.