THE CYNICAL POLITICS OF JAMES SHAW 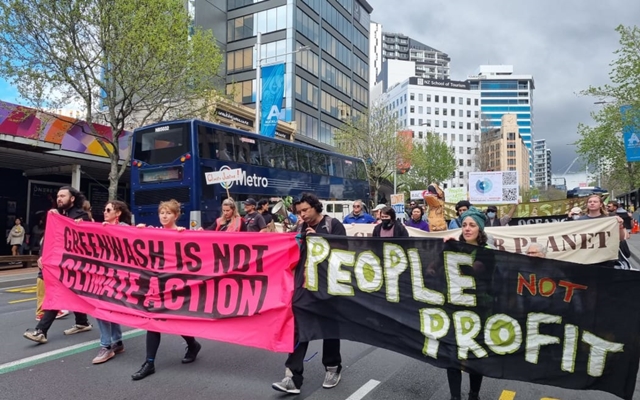 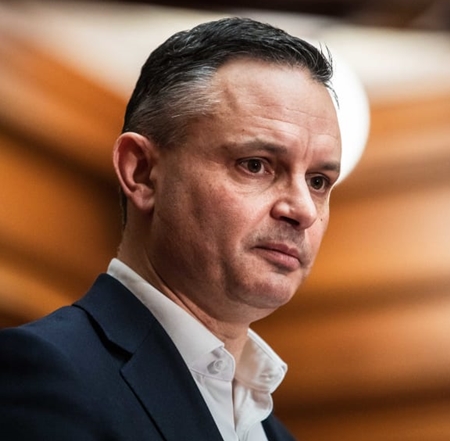 IN THE ANNUAL Mood of the Boardroom survey conducted by the NZ Herald, Green Party co-leader and Climate Change Minister James Shaw was ranked the Government's best performing Minister. He scored 3.25 out of five. Prime Minister Jacinda Ardern came in twelfth, managing 2.30 out of 5. Shaw's approval rating is his 'reward' for being the kind of politician that the business sector thinks is 'a pleasure to work with'.

His continued loyalty to his corporate environmentalism might mean he continues to infuriate a large section of the Green Party membership who want him gone as co-leader, but he is welcomed into the corporate boardrooms as a Minister of Climate Change who can be relied on doing 'the right thing'. As someone on Twitter caustically observed of Shaw's popularity with the business sector:  'The reason for this ranking is because he isn't doing anything.'  Well, at least nothing that will unduly concern business.

Ever since Labour came to power in 2017 and Shaw became Climate Change Minister he has consistently defended the Labour Government's market-friendly climate change policies and its appalling track record. But while he has been doing that he has talking from the other side of his mouth and cynically claiming that he's on the side of those who are opposed to simply tinkering with market mechanisms and want much more fundamental and urgent action on climate change.

It is the young Swedish activist Greta Thunberg who inspired the global school strike movement when she staged her own strike in front of the Swedish Parliament in August 2018. She is, effectively, its unofficial leader.

Ever since Thunberg criticised the Labour Government for its lack of real action on climate change in December 2020, Shaw has dropped any reference to her in his speeches and comments. But in the week preceding the School Strike for Climate in September 2019  Shaw wrote in an open letter in support of the strike:

'As Greta Thunberg said, “the climate crisis has already been solved. We already have all the facts and solutions. All we have to do is wake up and change. And she’s right.'

Some two years later and with New Zealand still dragging its heels on the kind of sweeping and fundamental changes that the global school strike movement wants to see, James Shaw showed up at the Wellington demonstration on Friday and tried to ingratiate himself with the crowd. He told them:

'You know people can be pretty cynical about the political process, and God knows it's tough, right? And we're pushing everyday for stronger action on climate change and we're making way too little progress for my liking, but your voices have made a huge difference.'

Maybe people are 'pretty cynical about the political process' because there are too many politicians like James Shaw around who pretend to be in favour of real change but are, in reality, defenders of a largely unchanged status quo.

There is no evidence that James Shaw, the corporate environmentalist, is in favour of the kind of fundamental change that the global school strike movement wants. In fact, he seems remarkably satisfied with what little has been achieved by the Labour Government since coming to office in 2017. He told the Climate Change and Business Conference on September 19 that the Government had 'achieved a heck of a lot in the last five years'.

He then sketched out future plans that amount to little more than tinkering with the very economic system that the school strike movement opposes. There is nothing in these plans that say that James Shaw or the Green Party have taken on board Greta Thunberg's view that 'The climate and ecological crisis cannot be solved within today's political and economic systems. That is not an opinion, that's a fact.'

But this isn't surprising. As far back as 2014 when he was first elected to Parliament, Shaw was extolling the merits of neoliberalism. In his maiden speech to Parliament he said:' I'm a huge fan of the market and when it comes to setting prices and allocating scarce resources it usually beats the alternatives hands down.'

He hasn't budged from that view since and still thinks that a 'green capitalism' can be shaped via taxes, some appropriate market mechanisms and some light regulation. All that is required are some 'tweaks' to the system that Greta Thunberg and global school strike movement want to see dismantled.

Nevertheless Shaw told the demonstration on Friday that he is 'running out of patience with the pace of change'. But he is simply trying to deflect attention from his role as Climate Change Minister and suggest that it's the intransigence of the Labour Government that is the real problem. Like Sergeant Schultz from Hogan's Heroes, Shaw wants us to believe that 'he knows nothing'. 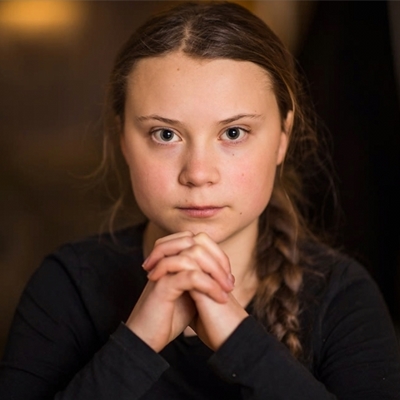 But as Branko Marcetic of Jacobin magazine has observed:

'Giving the biggest polluters a free pass, lagging behind on emissions cuts, accruing a reputation as a climate dilettante on the world stage — all of this would be pretty damning for anyone with the title of minister for climate change. The fact that the minister is the co-leader of the Green Party is an added indictment.'

Despite telling the business conference on September 19 about the great strides that the Labour Government was making, he has called on school students to start a 'rolling series of climate strikes' until next year's election to put 'pressure' on politicians and businesses to take greater action.

What the school students should be asking themselves is what James Shaw himself, as Climate Change Minister, is prepared to do in the months leading up to the election.

Will he recognise that the global school strike movement is correct and that there can be no solution to climate change without system change and act accordingly?

Will he be proposing that the New Zealand Green Party, like other green parties around the world, becomes an ecosocialist party?

Will the Green Party, under his leadership and that of Marama Davidson, call for the Labour Government to adopt a Green New Deal, first proposed by US congresswoman Alexandria Ocasio-Cortez and since adopted by many political parties around the world?

And will James Shaw take on board the view of Naomi Klein, the author of This Changes Everything: Capitalism versus The Climate'? She writes: 'We can confront the economic order and try to replace it with something that is rooted in both human and planetary security, one that does not place the quest for growth and profit at all costs at its centre'.

To all these questions, unfortunately, the answer must be in the negative. Despite being told by a large swathe of the Green Party membership that his continued corporate environmentalism is not acceptable to them and roundly criticised by former Green MPs like Catherine Delahunty and Sue Bradford, James Shaw has provided not the slightest indication that he is changing his conservative ways.